A Saudi plastic artist hides behind his fingers and draws ideas 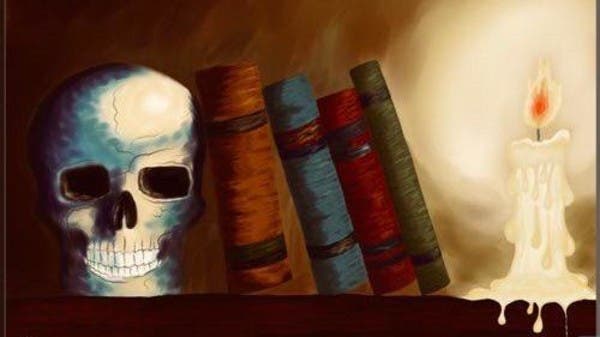 The Saudi writer and critic Jalal Al-Talib was able to embody his critical ideas and skills in writing, plastic art and caricature, and to write letters in his career through his own creative philosophy, which is based on the fact that plastic art is an integral part of the written arts, narration, novel and poetry.

The student worked on drawing ideas and employing them in literary work. He wrote the novel “Hidden Behind His Fingers,” and transformed part of its texts into plastic arts, meaning that it was a “painting from a novel” which he scrutinized, in preparation for its coming to light.


In his interview with Al-Arabiya.net, he explained that Jalal Al-Naqed is the one who contemplates the painting with infinite imagination and feels its thoughts in the intellectual and artistic aspects, and that he embodies in the painting what he sees with his eyes or what touches his feelings, or what simulates his thoughts, and his artistic obsession is the embodiment of ideas, not drawing. Forms, stressing that the relationship between Jalal the critic and Jalal the artist is like a positive and inverse relationship at the same time.

The embodiment of ideas and their transformation into paintings

And about the embodiment of paintings, he stated that he works on mixing colors with the painting by embodying them from his storming ideas and convictions, which are based on the invisible dimension of the plastic work.

He also made it clear that he believes that the painting is not a mud wall, or a palm tree, or desert sand, but rather embodies it in order to simulate the human concerns, whether emotional, intellectual, or even societal issues, and what it reduces to feeling, sensing and feelings that stimulate minds and transcend time.

An example of this is the painting “The Wind Player”, in which he embodied the idea that music did not come out of nowhere, but rather is part of nature.

Meeting the house of the painting and the recipient

He said that plastic art has multiple names, as if those names have independent and separate paths from each other, classical arts, modern arts, postmodern arts, and postmodern arts. It caused a revolution and a rebellion against modern arts, such as impressionism, cubism, surrealism, and others. They claim that it was the birth of new arts that crushed the previous modern arts, while some called it art consumables, which climbers rode on art, and found in it a fertile haven to hide their artistic failures.

He added that if we applied our monetary standards from the intellectual and artistic sides, we would find that the art of myths in ancient civilizations meets the standards of modern arts, especially the symbolic and surreal ones. Without foundations to rely on, some people are problematic, so they cling to the term as an escape from the critic’s questions. The plastic arts, with their different names and stages, are an artistic accumulation according to the chronological order, and each stage is an update of the arts that preceded it.