A Saudi takes 15,000 photos of the Two Holy Mosques and displays them at his home 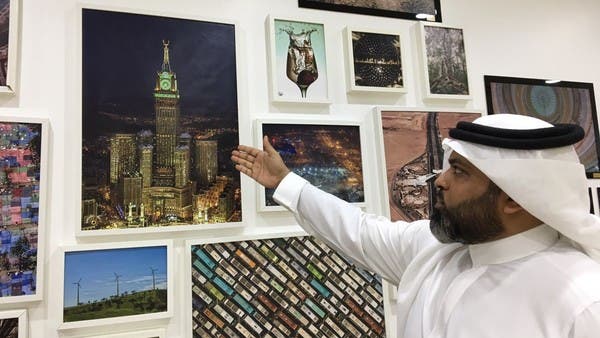 For more than 15 years, a Saudi has been moving between the corridors of the Grand Mosque, the Prophet’s Mosque and the holy sites, documenting all the features of beauty, durability and grandeur of the building, and the developments that have taken place in the courtyards and facilities of the Two Holy Mosques, until he was able to create a light exhibition for all his pictures, which amounted to 15,000 pictures, inside his home. .

Photographer “Bandar Idris Saghir”, who started photography since 1415 AH, until he specialized in the arts of aerial photography, developed his talent through practice and enrollment in photography courses. He told Al Arabiya.net: During a photography journey that exceeds a quarter of a century, I photographed The Two Holy Mosques and the Holy Sites, with more than 15,000 various photographs.

It contains a distinguished set of photographs that I photographed of the Grand Mosque and the Prophet’s Mosque, in addition to the holy feelings, and it is available to everyone, and many visitors have visited it, whether from inside or outside Saudi Arabia.

He added: “I succeeded in photographing the Grand Mosque in several expansions, including the expansion of King Fahd, and I also documented the expansion of King Abdullah in the Grand Mosque since its inception until now, documenting all its unique architectural designs, in addition to photographing the Black Stone, the shrine of our master Ibrahim and the golden door, with the aim of Transfer the spirituality of the Two Holy Mosques to the world.”

And the hadith went on: “Last Ramadan, a picture of the Grand Mosque was taken at the moment of breaking the fast from a height of 5000 feet by public security aircraft, and the picture showed the honorable Kaaba and the crescent of the Mecca Clock and the worshipers, and the picture received great echoes at the local and global levels.”

Previous articleDo you watch ghost movies regularly? One lakh rupees!
Next articlePaytm announces cashback of up to Rs 500 on mobile bill payments