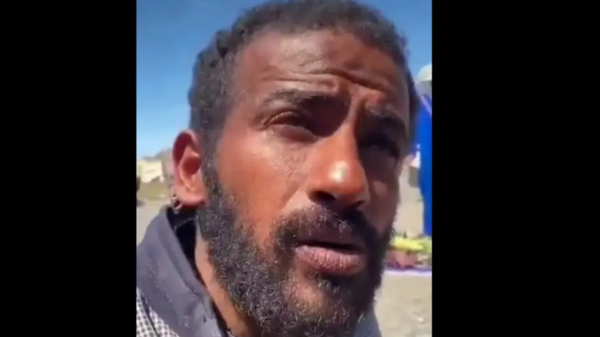 During the past two days, social networking sites in Saudi Arabia were buzzing with a video of a lost citizen in Morocco, who lost all his official papers and money, and he only remembers that he is from the Al-Baha region in southern Saudi Arabia. His family was among those interacting with the video, as they were shocked by the scene.

In an interview with Al-Arabiya.net, Ali Mashni Abdullah Al-Zahrani, the young man’s uncle, confirmed that the one in the video is his nephew Fahd Ali Abdulhadi Al-Zahrani, who is 31 years old, and works in one of the sectors of the Ministry of Education as a driver, but he traveled about 5 months ago. After taking his leave of absence for two months.

He also added that at the beginning of his travels, he kept communicating with his family for two months, but he contracted the Corona virus, after which contact between the two sides was cut off.

As for the video, he said that it shocked the family, pointing out that they did not expect it to reach this state.

He also added that when they saw the video, they contacted the person who filmed Fahd, and asked him to keep it with him.

He stressed that they were not able to go immediately to Morocco, because there were no reservations until tomorrow, so they contacted the embassy.

He also concluded by saying that contact was also made with the governor of Al-Baha region, Prince Hossam bin Saud, who promised to take the necessary measures until Fahd returns to his family.