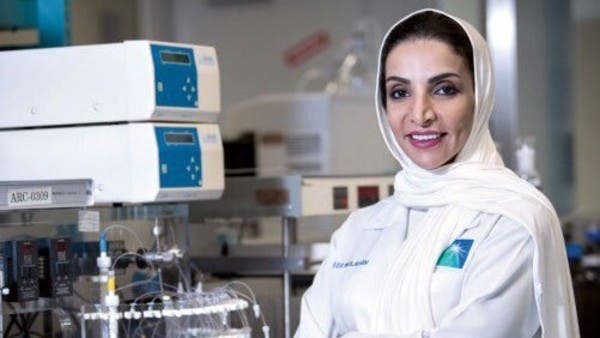 “My relationship with oil is one of love and passion since childhood.” With this phrase, a Saudi oil expert spoke about her biography, and she works as the Director General of Strategic Support at the Ministry of Energy, an expert, an innovator, a scientist and an academic.

Dr. Abeer Al-Olayan worked as a lecturer at the University of Dammam between 1999-2008, and as an assistant professor of analytical chemistry between 2008-2011, and from 2015 worked as a visiting scientist at the Massachusetts Institute of Technology in the United States of America, and began working at Aramco Saudi Arabia in 2011, thanks to her great experience as a researcher in the field of petroleum at the Expec Advanced Research Center.

Al-Arabiya.net interviewed Dr. Abeer Al-Olayan about her biography and scientific and practical career, until she became an ideal model for successful Saudi women:

• Tell us about your educational career?

– I spent the educational stage in the Khafji area due to my father’s work in the Arab Oil Company, and after that we moved to the city of Dammam to complete my education in the specialty of chemistry, and after that I excelled in studies until I became a teaching assistant at the university, then I worked as a lecturer, until I reached the rank of assistant professor. I moved to work in Saudi Aramco, because academic work at the university is not open to greater challenges, especially in the field of industry, which is an obsession that has haunted me since my childhood. After working with Aramco, I began the journey of realizing dreams and scientific and practical achievements in the world of oil and gas.

• What is the relationship of Dr. Abeer Al-Olayan with the oil field?

– My relationship with oil is one of love and passion since childhood. The world of oil and gas is full of challenges and puzzles, and it is a world linked to innovation, economics, politics, physics and other important sciences, so that oil installations captivated me when I watched them closely when I was a child by virtue of my father’s work in Aramco, and when I imagined I myself and I work between its corridors to understand its mysteries and decipher its secrets.

• Who supported you to go to the oil field?

– My father was the biggest supporter in my academic journey at the university until I moved to work for Aramco, and that was his belief – may God have mercy on him – that I was able to overcome all the challenges and difficulties facing me with efficiency and competence.

• How many innovations in the oil field?

The number of patents reached 7, all of which relate to the development of technologies that overcome some challenges facing drilling and production operations. These innovations also save Aramco millions of dollars by virtue of importing machines that perform the same tasks, but at a very high cost.

• Where did the ideas for your innovations come from?

– The ideas for innovations in the oil field came to me after thinking about solutions in other industries, such as the medical industries, so I was then making some changes in the formulations and components and making them suitable for the oil well until I succeeded in achieving them.

• How did you feel when you accomplished your first innovation?

– A great feeling that cannot be described and can only be realized by those who have experienced it, but my true joy is when my innovation passed the actual test in the oil field already.

• What are the challenges you faced at the beginning of your career and so far?

– The biggest challenge I faced in my past years, which nowadays does not constitute any challenge, is the extent to which men are convinced of the competence of women to work in the oil field, and this matter was one of the most difficult things, and it requires women to make a double effort to prove their ability and efficiency in the oil field. Therefore, my path was not easy and easy, rather it was difficult and complicated.

• What was the great position that shook you?

– The death of my father, and I received the news when I was working in my office, and with his death my outlook on life changed completely and became stronger than before, and my sense of responsibility became much greater.

• What is the advice that affected your path?

My father’s advice when I was young. When I succeeded in my studies and achieved first place, I would ask him for a gift on the occasion of my academic excellence. He used to say to me: “Your success, Abeer, is for yourself, not for me, and no one else will benefit from it.” This indirect advice gave me the strength and will to achieve my successes. In all my stages, I’m still working on it now.

• What are the most important decisions in your life?

– The decision to resign from university and move from academic life to industrial life, was the hardest, strongest and best decision, and I did not regret it one day.

• What is the common characteristic between successful people?

It is their competition for themselves, not competition with others. Whenever a person begins to compete with others, he writes his own failure, even if he succeeds, his success will be limited.

• You are the first Saudi woman to receive the Woman of the Year award in the Middle East for Oil and Gas?

– This award confirmed to me that Saudi women are strongly present in international awards and are highly qualified, and are also able to represent their country in the field of oil, gas and petrochemicals worldwide.