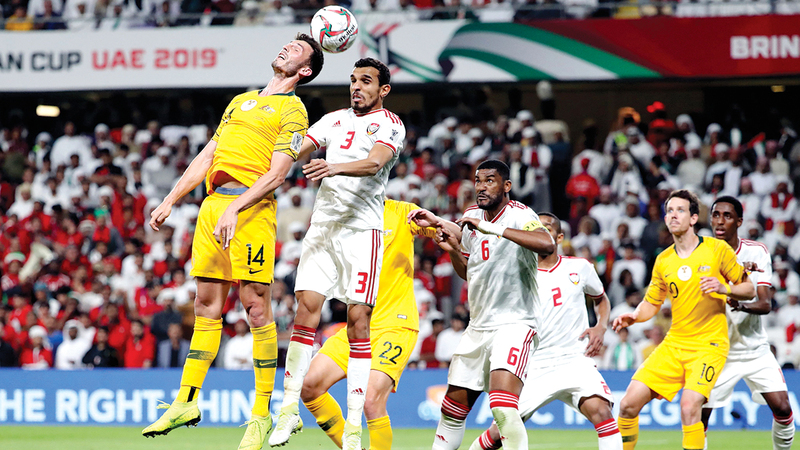 The national football team returns to the Asian play-off on the way to the World Cup, 20 years after its first appearance at this stage, which was in 2002 when the “white” players fought for the qualification for the World Cup “South Korea and Japan 2002”, but lost in the round The first against Iran 0-4 in the total of the two matches.

“Al-Abyad” is only 180 minutes away from achieving the dream and writing history by making the second appearance for the second time in the “World Cup”, after the first participation that was in the 1990 edition that was held in Italy, as the team will face its Australian counterpart, this evening, in the face of the Asian supplement, and he will be able to win by Qualification for the world play-off against Peru, next Monday, and victory in that match will guarantee him joining the teams of Group D, which includes France, Denmark and Tunisia.

The national team had the opportunity to qualify for the playoffs, after it finished third in the first group with 12 points from three wins and three draws, behind Iran, which led with 25 points, and South Korea, which ranked second with 23 points, while on the other hand, Australia snatched the supplement card. With difficulty, as it collected 15 points, one point behind Oman, while its Saudi group led with 23 points, and behind it Japan 22 points.

Historically, the Asian attaché started in the qualifiers for the 1998 World Cup, which was held in France, and the Japanese and Iranian teams were the first to appear in it, and luck smiled at the time for the “Japanese Computer” to win the match 3-2, while the Iranian team succeeded in the second Annex And he faced Australia, tied 1-1 in Tehran, and tied 2-2 in Melbourne, to qualify, too, by goal advantage. The national team had the opportunity to enhance its chances of qualifying for the 2002 World Cup when it obtained the supplement card, but it lost 0-4 in the total of the two matches against its rival, Iran, and over the subsequent years, the Asian supplement kept turning its back on the Arab teams, despite their advanced stage. The Bahraini national team had a successful career in qualifying for the 2006 World Cup in Germany, and was close to appearing in the global forum, as it defeated Uzbekistan in the first playoff, but fell in the world play-off against Trinidad and Tobago. The Bahraini Red returned to the qualifying play-off for the 2010 World Cup in South Africa, and the same scenario was repeated, as it qualified in the first round at the expense of Saudi Arabia, but lost in the international play-off at the hands of New Zealand. The Jordanian team made its way into the play-off well in the first round at the expense of Uzbekistan, and played the international play-off against Uruguay, but did not succeed in appearing in the global event. The Syrian team participated in the qualifying play-off for the World Cup in Russia 2018, but lost in the first round at the hands of Australia, which then qualified for the World Cup by defeating Honduras in the international play-off.

The Asian qualifier started for the first time in the qualifiers for the World Cup “France 1998”.

Al-Abyad is required to compensate for the failure of the teams of Jordan, Bahrain and Syria to bypass the supplement.