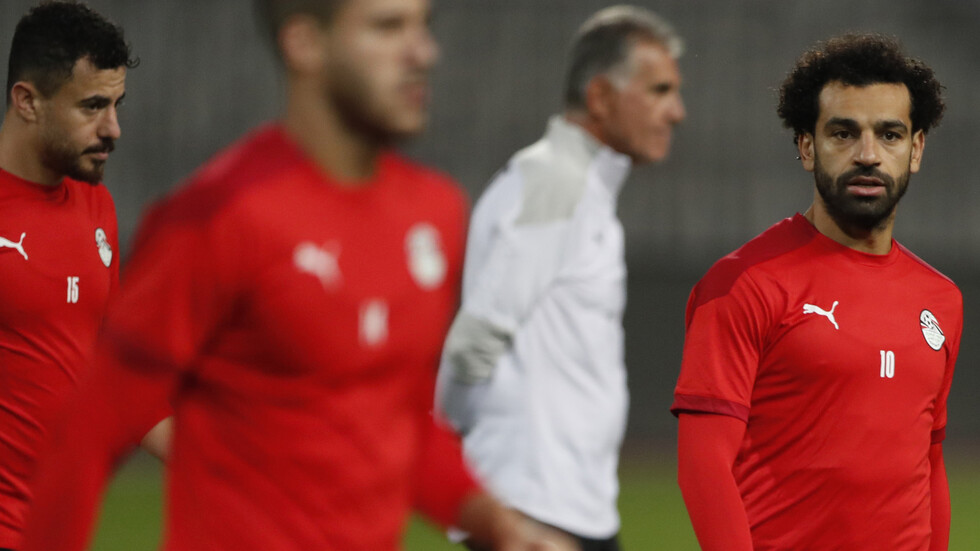 The Egyptian Mohamed Salah was criticized by Egyptian fans and analysts after the level he appeared with the “Pharaohs” in the African Nations Football Championship currently being held in Cameroon, and scoring one goal from three matches that Egypt played in the continental championship, while appearing with his club Liverpool in a picture Contrasting and scoring “Maradona goals”.

And the matter did not stop there, but he went beyond charging Mohamed Salah with a dangerous charge of influencing Portuguese coach Carlos Queiroz by requesting the involvement of Abdullah Al-Saeed at his side, despite the latter’s declining level and slow movements in the middle of the field.

And the Egyptian “Kora in Al-Ardah” website stated that “some analysts and Egyptian fans have charged the captain of the team, Mohamed Salah, with a serious accusation, as many claimed that he is the main reason for Abdullah Al-Saeed’s participation in the national team, although the player does not provide anything in the matches, but Queiroz He insists on paying it as a compliment to Mohamed Salah, because he is the closest confidant of the Egyptian pharaoh.

The website added: “The journalist, Reda Abdel-Aal, had raised this crisis, and confirmed that Salah is the one who makes Abdullah Al-Saeed participate with the national team,” while Mohamed Salah denied all these circulating news and stressed that he does not interfere at all in the formation of the team.

The Egyptian team had qualified for the round of 16 of the African Championship after being runner-up to the Nigerian team with six points, as it lost from Nigeria with a clean goal before achieving victory in its two matches against Guinea Bissau and Sudan with the same result, and it will face the Ivory Coast team nicknamed “Elephants” on 26 This January (23:00 UAE time).