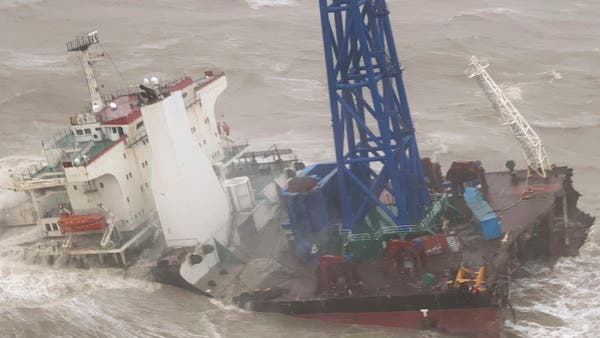 Authorities sent planes and helicopters to aid in the rescue, with at least three of the 30-member crew arriving to safety at 5:30 pm (10:30 am GMT) on Saturday.

Pictures released by the Hong Kong government’s aviation service showed a crew member being flown into a rescue helicopter as heavy waves hit the sinking ship, which split in two.

The accident occurred 300 kilometers south of Hong Kong. Hong Kong’s aviation service did not say the ship’s name or origin.

The flight service said in a statement that the crew members were surviving difficulties caused by severe Tropical Storm Chapa, which had maximum winds of 110 kilometers per hour.

The storm is expected to make landfall in the western part of coastal Guangdong Province later Saturday.