SportsA shot from Ronaldo knocks a security man to the ground .....
Sports

A shot from Ronaldo knocks a security man to the ground .. and “Don” rushes to check on him (in pictures) 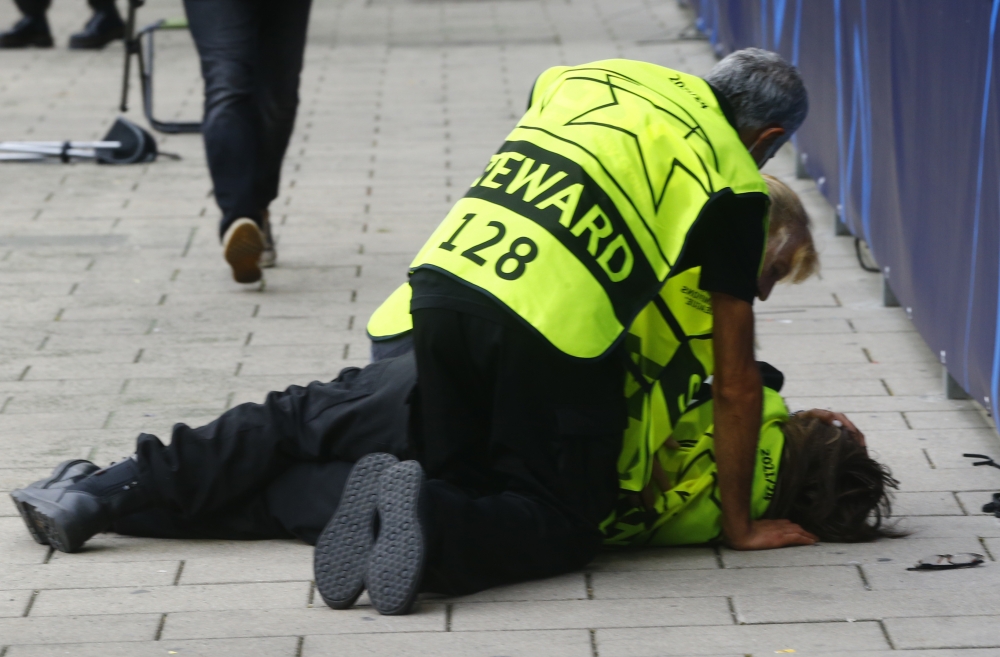 The warm-up period that preceded the meeting of Manchester United and its Swiss host, Young Old Boys, today in the first group stage match in the Champions League, witnessed an exciting snapshot of the Portuguese star Cristiano Ronaldo. The field, which fell to the ground from the force of the shot.

And the English newspaper “Mirror” reported that a number of the security man’s colleagues and the paramedics rushed to check on him and provide first aid, and Ronaldo was not late either, as he went to check on him, and apologized for that strong shot.

Ronaldo’s gesture was widely praised on social media, while the records were not long delayed. After 13 minutes of the match, Ronaldo scored the first goal, his third in only two matches since his move to Man United, and he also strengthened his records in goals with clubs and in The Champions League in particular.

Previous article‘Flor de Huaraz’ and ‘Gringo Karl’ agree to divorce after 11 years of controversy
Next articleBigg Boss 5 Episode 10: Sunny tucked my shirt inside .. Excited Siri !! Vammo Is this a Bigg Boss game or a psycho base?