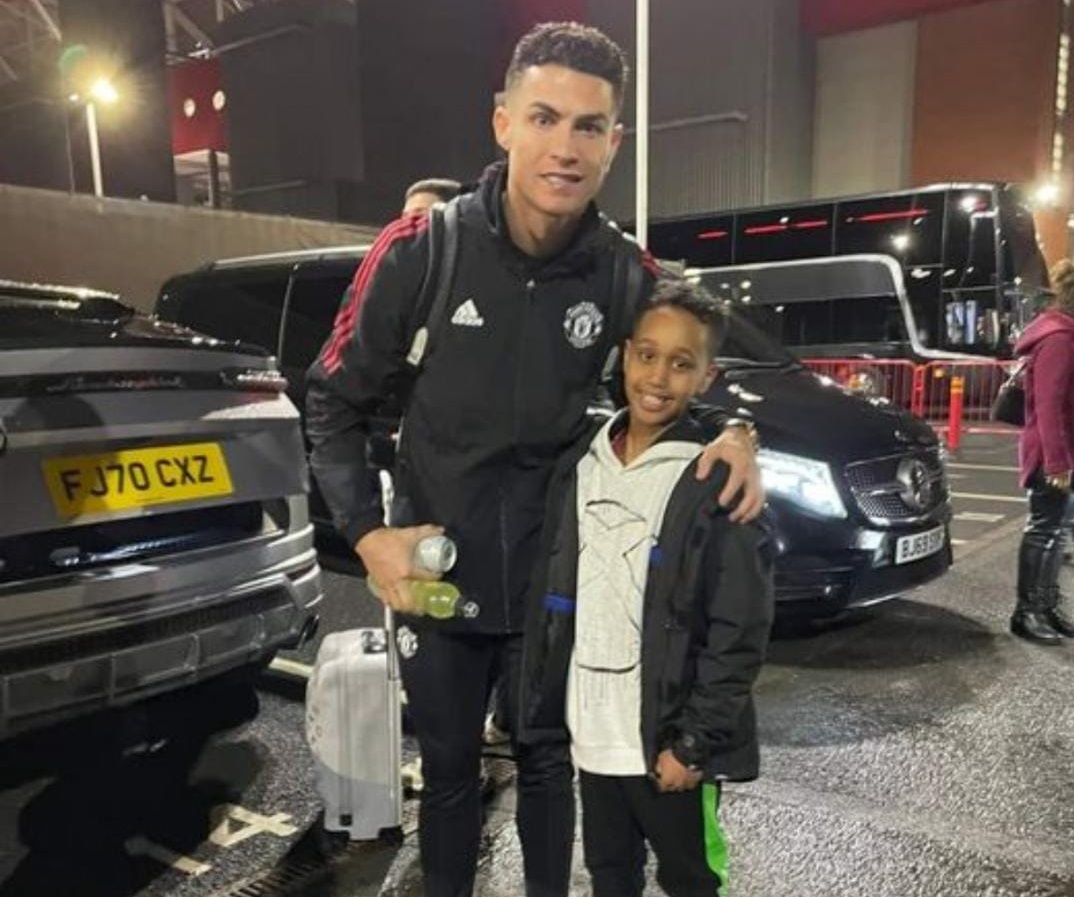 And the famous Portuguese star appeared in the clip, along with the Sudanese child Ali Al-Zain, who plays in the junior stages of Manchester United club.

Cristiano Ronaldo is considered the second most decorated player in the “Ballon d’Or”, the annual award given by the French magazine “France Football” to the best player in the world, five times, behind Argentine Lionel Messi, the former Barcelona star and the current French Paris Saint-Germain, who won the title seven times. .

During the clip, the Sudanese child, Al-Zein, started standing next to one of the most prominent football celebrities in the world.

The Sudanese “News Nados” website, quoting sources, said that the Sudanese child, Ali Al-Zein, plays in the Sunni schools of Manchester United, and considers Cristiano Ronaldo a role model for him.