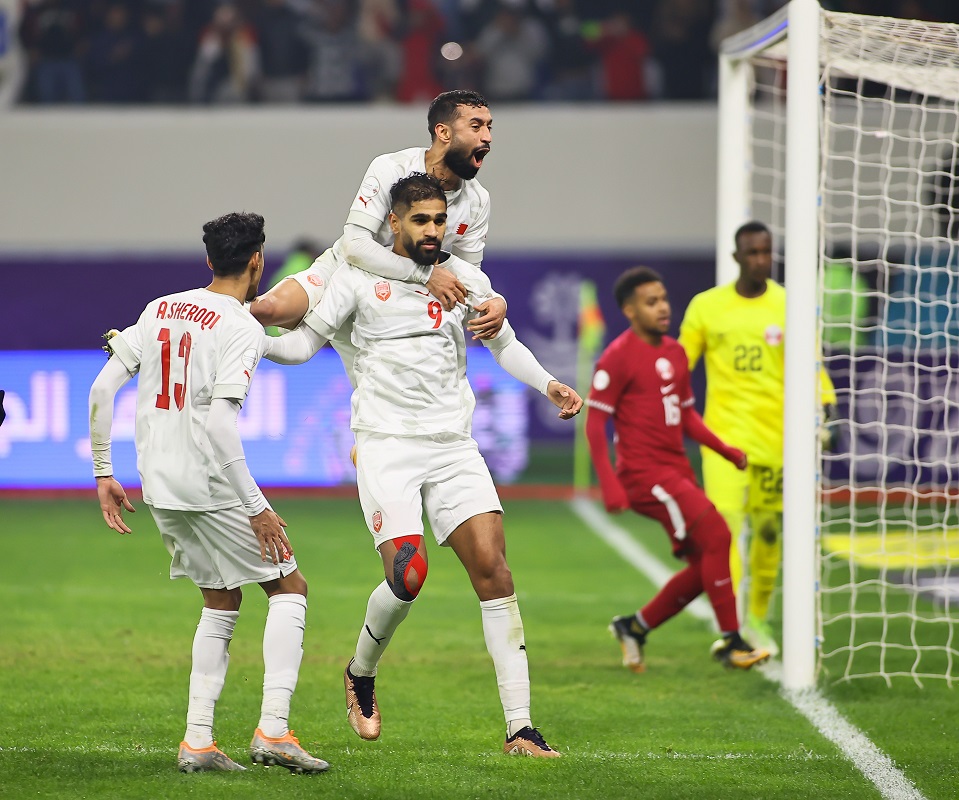 The Bahraini national team, the “defending champion”, achieved a dramatic victory over its Qatari counterpart in the Arabian Gulf Football Cup 2-1 by scattering the cards of the second group and opening the qualification accounts for all the teams of the group, including the national team, which currently does not have any points after losing in the first and second matches, but its chances depend on Conditional victory over Qatar.
“Al-Ahmar” raised its score to six points at the top of the group, while Qatar’s points froze at three in second place and Kuwait third with the same balance, while “Al-Abyad” occupies the last place without points, but it still has chances in the competition, as it needs to beat “Al-Annabi” with two goals. We are clean and Bahrain’s victory over Kuwait with any number of goals.
According to the tournament regulations, in the event that more than one team is equal in the number of points, the decision is first resorted to the goal difference, and then the goals scored.
Returning to the match, the confrontation was enthusiastic on the part of the players of the two teams, and its character was dominated by fast play and the advanced technical level, especially on the part of the “Al-Annabi” players, who cut the match’s goals tape early, specifically in the 33rd minute, by his player Ahmed Alaa El-Din, who rose during a corner kick above everyone else and turned the ball in The net, thus giving his teammates the opportunity to have more control over the course of the match, after the “Al-Annabi” players were the best party since the beginning of the confrontation.
The performance of the Bahraini national team improved during the second half, thanks to three substitutions at once made by the coach of the team, which resulted in scoring the equalizer in the 72nd minute with friendly fire, after a shot by substitute Kamil Al-Aswad hit Qatari defender Mohammed Waad and hit the net.
Bahrain scored the winning goal in the 80th minute from a penalty kick, which was awarded by the referee as a result of the Qatari defender touching the ball inside the penalty area, after which the “Al-Ahmar” players struggled to maintain the result that ended in their favor, to win the first Golden Square card.