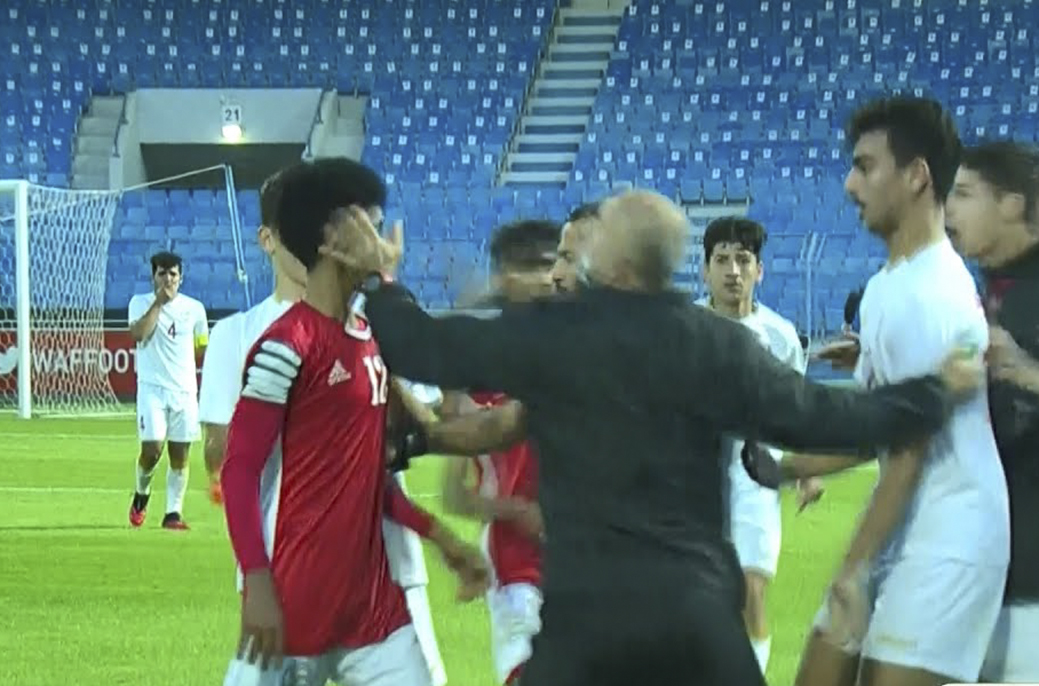 The Disciplinary Committee of the West Asian Football Association punished the assistant goalkeeper coach of the Syrian national team, Louay Othman, with six official matches and a fine of $10,000 for assaulting a Yemeni national team player during the match that brought together the two teams in the West Asian Championship that was recently held in Saudi Arabia.
On December 11, the assistant coach of the Syrian national team, Louay Othman, slapped the Yemeni youth team player Issam Radman, one minute after the player scored the winning goal for the Yemeni team, in a meeting held in the semi-finals of the West Asian Football Championship, which sparked anger. With wide reactions, the temporary committee of the Football Association in Syria summoned, and on the same day, to issue strict penalties for the attack, and to prevent Othman from accompanying any club or national team until further notice.
The technical staff of the Syrian junior national team also apologized directly to its right-wing counterpart after the match, with a visit to their residence, and the Yemeni side accepted the apology.