A small camel struts inside a house in Saudi Arabia..a strange video 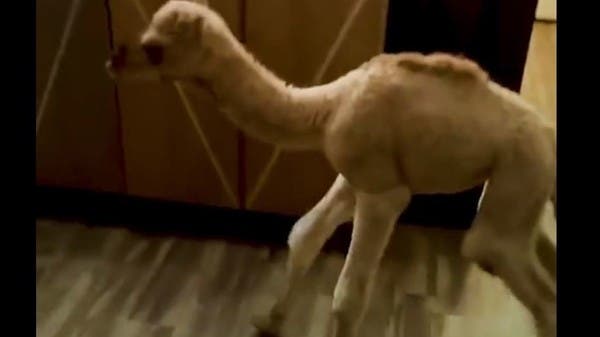 Walking strutting among the furniture in a house, a young camel stole the spotlight after a video of the incident went viral.

The Camel Club in Saudi Arabia published on its official Twitter account, a video clip showing a small camel wandering around a house in Saudi Arabia.

He explained that the owner of the camel is a young girl who decided to raise him in her family’s home after she became attached to him and loved him.

Despite the admiration of many on the communication sites, the clip provoked wide reactions between supporters and opponents.

Some commentators expressed their admiration for the cute little animal, and praised the idea of ​​raising it in homes instead of cats and dogs, while others objected to the confinement of the ship of the desert between cement walls away from its natural atmosphere.

In addition, the objectors demanded that it be returned to the desert to grow naturally in its atmosphere and environment.