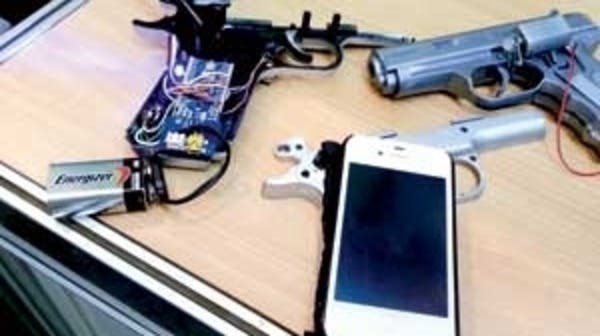 “Smart” pistols designed to determine who can pull the trigger are entering the booming US gun market this year, with the aim of reducing the number of firearm casualties.

The technology’s usefulness and reliability, as well as political battles over gun regulation, have been controversial for decades, but its proponents say it’s an opportunity to prevent children, criminals and people with self-harm propensities from pulling the trigger.

The system offered by entrepreneur Tom Holland’s company SmartGuns uses RFID (Radio Frequency Identification Cards) chips, similar to the badges many people use in their cars to pay electronic tolls, embedded inside rings.

When the owner of the weapon holds his pistol in his hand, he places a connected ring in it, a safety mechanism opens, enabling him to shoot.

Holland has designed the technology especially for police officers who fear a suspect will seize their gun and parents who fear their children will find and use their firearms.

Holland expects to start selling his pistols, which he said are being tested by police across the United States, to civilians by April or May.

About 40 percent of American adults live in homes with guns, according to the Pew Research Center.