A special home for senior citizens who want to spend their last days to attain Moksha can be accommodated in Kashi Vishwanath temple complex. 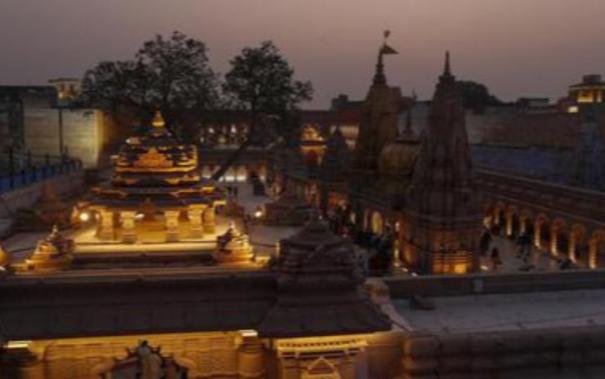 Varanasi: In Kashi (Varanasi), Uttar Pradesh, it is a belief of many Hindus that death can lead to salvation. Many seniors prefer to spend their last days in Kashi after completing all duties in life. There are many special homes in Kashi for them. Recently a home called ‘Mukti Bhawan’ has been started within the Kashi Vishwanath temple premises.

6 people are staying here to spend their last days of life. Among them is Chandrasekhar Sharma (73), a former teacher from Udaipur. Badri Prasad Agarwal (89), a former mining engineer from Suru region of Rajasthan, also stayed here. He said, “I am a devotee of Shiva. My intuition tells me that Shiva should take me away from Kasi. I am waiting for Baba Vishwanath,” he says.

Like Mukti Bhawan, there are some old age homes in Godovlia and Asi Paditura area in Kashi. But Mukti Bhavan is unique in that it is located within the Kashi Vishwanath temple complex. Also nearby is Manikarnika Pathitura, the main cremation center of Kashi. This place in Kashi is known as the most sacred ‘Avimukt Shetra’.

The new home, Mukti Bhavan, has a 40-bed complex. Here people above 65 years of age can stay till death. Seats are allotted here on a first-come, first-served basis. But the terminally ill and death-beds are given priority to stay here.

After the completion of the initial phase of the Kashi Vishwanath Temple Complex project, Prime Minister Modi inaugurated it on December 31. The tender for this was awarded to Tara Sansthan, a charity based in Udaipur.

Kavitha vasthwa (68), a former private school teacher from Lucknow who is staying here, says, “When Tara Sanasthan offered me this opportunity, I immediately accepted it and came to spend my last days at Shiva’s place.” We have come here with the desire to spend our last days at the feet of Shiva and attain moksha.”

40 people can also be accommodated at the Mukti House at Asi Paditura in Kashi. It was built in the last year of 1920. Many people are on the waiting list to get a place here. The old age home known as ‘Kashi Lab Mukti Bhavan’ has been running since 1958. Only the dying can stay here.

There are 2 doctors, 6 nurses, cooks and cleaners. As per the advice of the doctor, the elderly people staying here are given food according to their physical condition. All these facilities are provided free of charge.

The organizations that run this home are run on donations. Senior citizens staying here indulge in spiritual activities and yoga. They also go to Kashi Vishwanath temple.

About the current status of Kashi, Chandrasekhara Sharma said, “I have been coming to Kashi since childhood. I have faced many difficulties in visiting the Khasi temple before. But when I came to stay in this house, I was shocked to see how Prime Minister Modi has renovated the area with many facilities,” he said.

An unmarried woman can also have an abortion; Rape by husband is a crime: Supreme Court