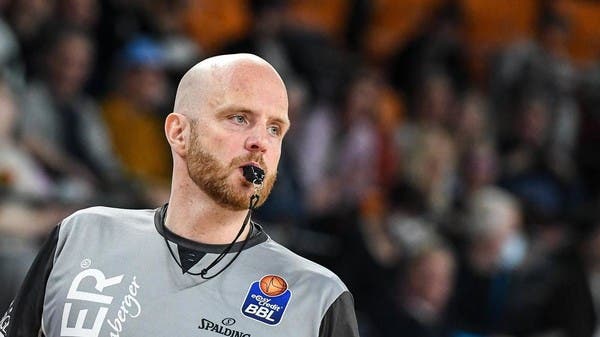 German basketball referee Benjamin Barth said he was not appointed to officiate the European Basketball League matches, due to his refusal to shave his beard.

The 43-year-old referee revealed the allegations in the Frankfurter Allgemeine Zeitung newspaper on Tuesday, through conversations preserved since 2021 with Richard Stokes, head of the tournament’s referees committee.

Barth, a referee with experience in the German league, said: “Stokes told me that it would not be comfortable for coaches and team officials, as they do not like long beards and will complain about it.”

He added: “I don’t really understand what it is about, what difference it will make if I have a beard or not, this is a form of discrimination, as much as I would like to run matches in the tournament, but I cannot accept that.”

The European League, which refused to comment on the incident, apologized after the German news agency (dpa) contacted it, through a letter describing Stokes’ position as “misleading.”

In the same statement, Stokes apologized, while Barth would be free to manage matches in the European League with his full beard, but the experience was stressful to the extent that it makes it very difficult for him.