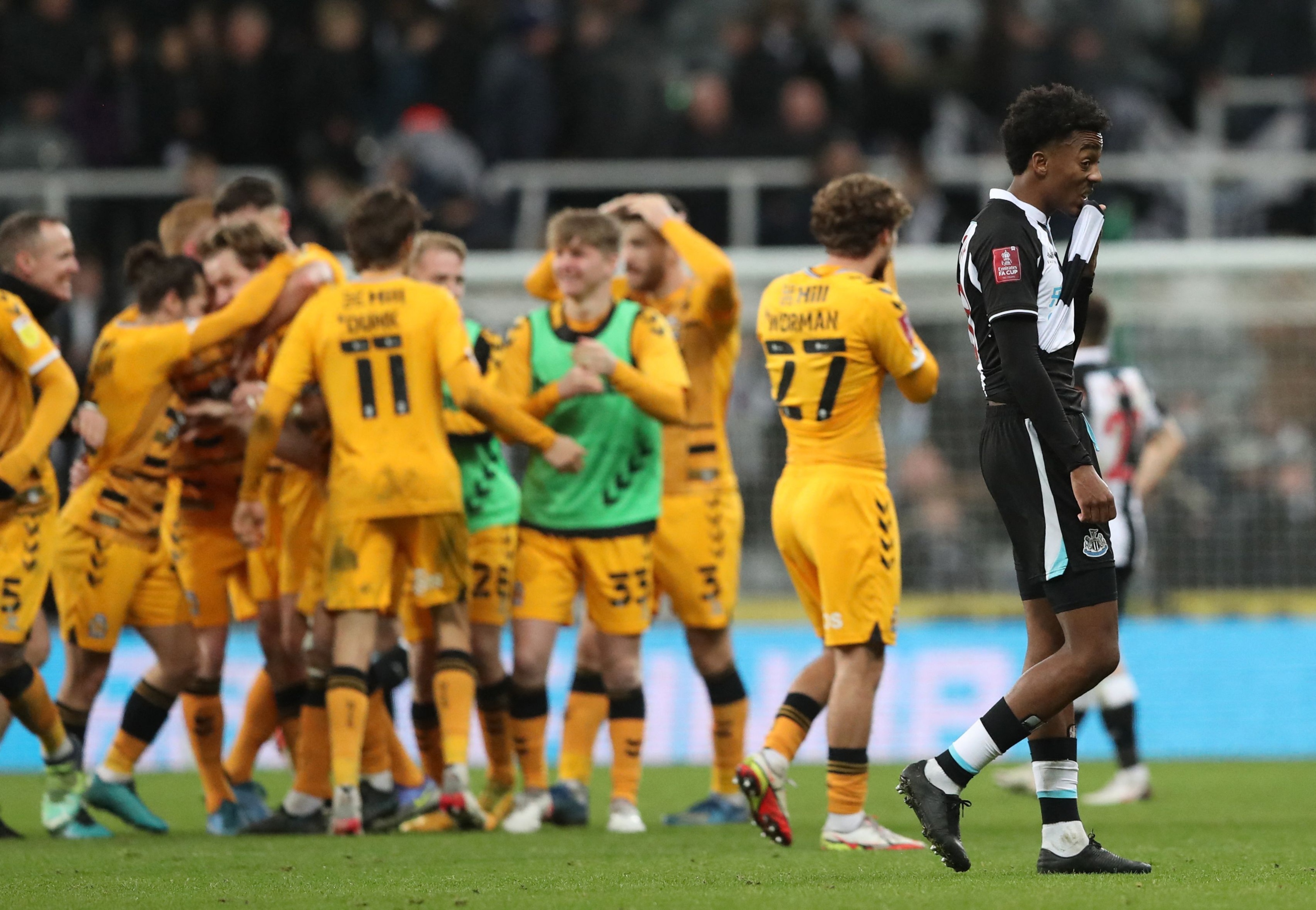 Cambridge United of the third division achieved a heavy-caliber surprise by eliminating Newcastle from the third round of the FA Cup after beating them 1-0 today. The English international Kieran Trippier played his first match with Newcastle after joining him from Atletico Madrid in the winter transfers, which is the first Newcastle deal since the Saudi Investment Fund took over the ownership of the club.

Newcastle, who is in the penultimate nineteenth place in the Premier League, is experiencing difficult conditions, as they won an orphan match against 8 draws and 10 defeats in the “Premier League” this season, before their humiliating loss against a third-tier team increased their wounds, under the eyes of their angry fans in His stadium, “Saint James Park”.

Joe Ironside scored the game’s only goal 11 minutes into the second half, with a shot from close range following an infighting inside the area. Two Newcastle goals were canceled during the match, while Brazilian Jolinton missed a golden opportunity to score in added time, but Bulgarian goalkeeper Dimitar Mitov saved the attempt.

In contrast to Newcastle, Leicester City overcame the many absences in its ranks due to injuries to beat Watford 4-1. Leicester’s goals were scored by Yuri Tielemans (7 from a penalty kick), James Madison (25), Harvey Barnes (54) and Mark Albrighton (85).
Crystal Palace came from behind to defeat Millwall 2-1 in the south London derby. Brentford swept Port Valley 4-1, while Burnley were eliminated from the Premier League by losing 1-2 to their guest Huddersfield.