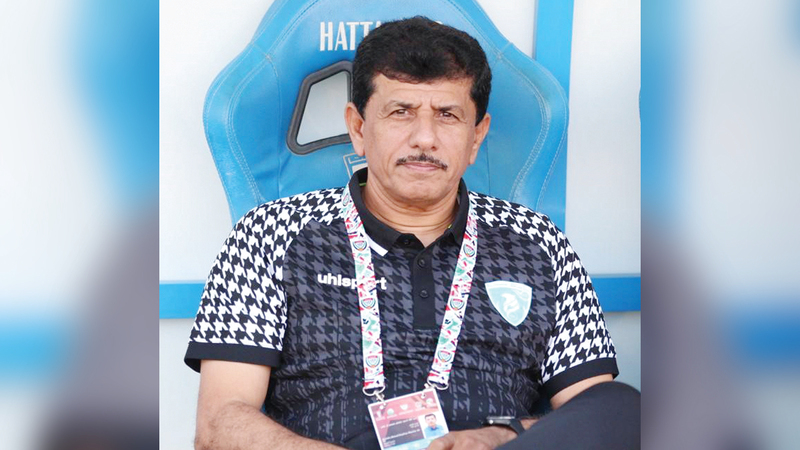 The Hatta team succeeded in taking the lead in the First Division and winning the title of Winter Champion at the end of the first round of competitions the day before yesterday, achieving 36 points and outperforming its most prominent opponents, Dibba Al-Hisn, who scored 34 points, the Emirates 32 and Al-Hamriyah 27.

Hatta, nicknamed “The Hurricane”, was able to regain victories and lead the standings despite the humble beginning, after contracting with the citizen coach, Dr. Abdullah Misfer, and the efforts made by the club’s board of directors. His quality compared to previous seasons, and the same applies to the Emirates and Al Hamriya teams, who were able to return to the competition after a stage of unsatisfactory results.

The use of the Hatta board of directors by coach Abdullah Misfer is considered one of the most prominent features of the first round of the first division league, as his training efforts and his accurate reading of the team’s capabilities contributed to moving Hatta from the last place in the standings to occupy the first place, in an unprecedented successful technical change since the launch of the first division under its new name. in 2008, which is an important addition to the national training competencies.

At the end of the first-round competitions, the UAE club player Diego Farias topped the league’s top scorer rankings with 15 goals, followed by Serbian player Al-Orouba Philip Stopervig with 13 goals, then the Brazilian Emirates player Letheri with 11 goals, while the national scorers were led by Hatta Rashid Issa with six goals, followed by Masfout Ibrahim Al-Mesmari player with five goals, then City team player Hamad Issa with four goals.

The Emirates team succeeded in leading the championship teams with the best attack by scoring 40 goals and the best defense, as it conceded only 13 goals, followed by the Hatta and Dibba Al-Hisn teams in terms of attacking power, scoring 39 goals each. the fort.

The competitions witnessed all teams tasting the tone of victory, including the teams that rank at the bottom of the standings, where Hatta achieved 11 victories, Dibba Al-Hisn 10, Emirates 9 and Al-Hamriyah 8, and the last-placed Knights of Spain managed to achieve two victories.

Al-Dhaid team, which tied in 10 matches, stands out in an unprecedented record in the number of draws for one team in the first leg, followed by the City team with seven draws and Fujairah with six draws, while the Knights of Spain did not suffer any draw result.