A touching scene .. a Saudi documenting his joy at his graduation in front of his father’s grave 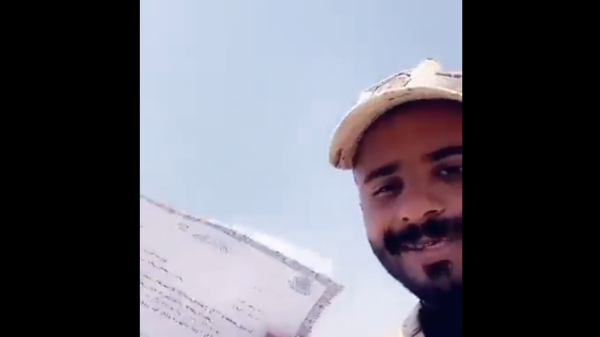 In a touching humanitarian scene, a graduate of the Military College documented his joy at his graduation by taking his certificates and going to his father’s grave and placing his certificates on it, and addressed his deceased father, saying: I wish you were with me on this day, and that you would be proud of me, and the words of the young man were mixed with tears.

He wrote that his father was glad for him that he would graduate in the army, but he died before he saw this day, and the time came when I rejoiced my father, even if he was under the earth. He concluded by asking for prayers for his father.

In case you didn’t cry today

A soldier documents his joy by graduating in front of his father’s grave, may God have mercy on him 🥺❤️ pic.twitter.com/xsALffjsCS

The clip received the largest number of views and comments, and they grew up in it with his father even after his death.

The Prophet, peace and blessings be upon him, said: There is no slave who passes the grave of a man he knew in this world and greets him but he recognized him and replied, peace be upon him.