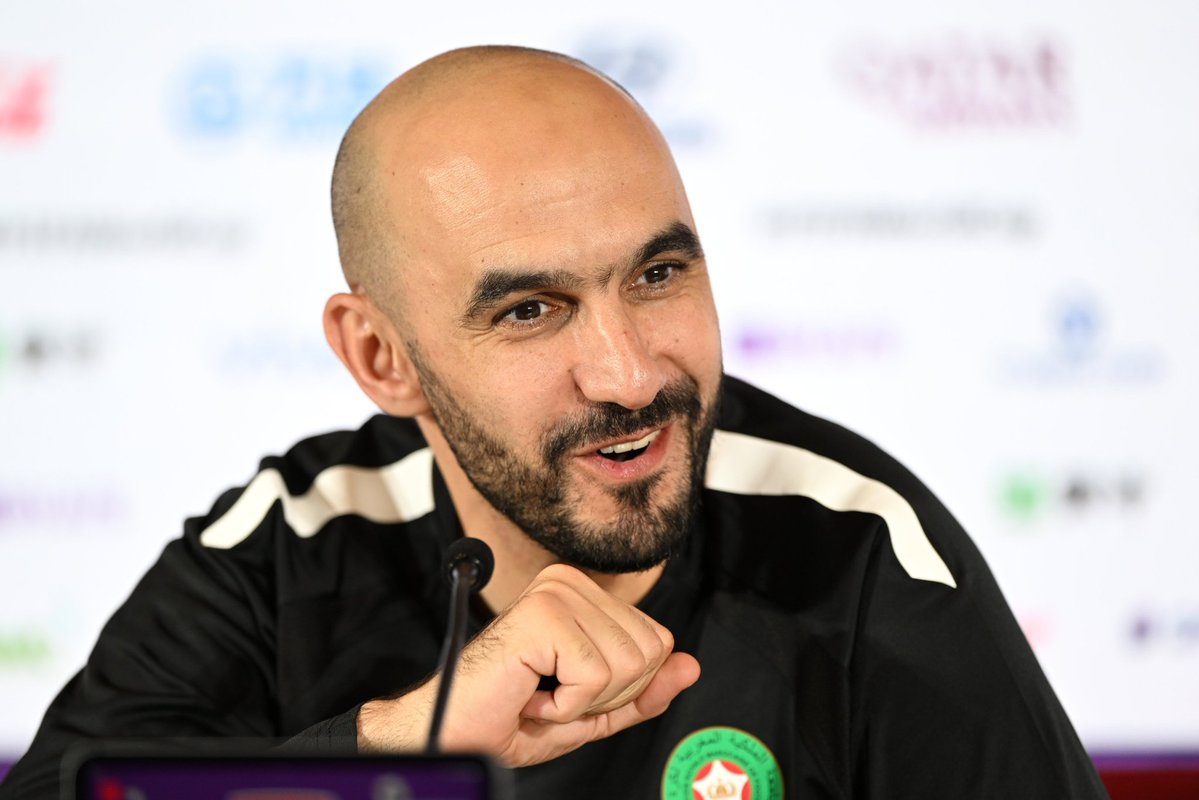 Social media reported a video scene of Morocco national team coach Walid Regragui, the owner of the historic achievement for Morocco and the Arabs in the history of the World Cup, while he was conducting an interview with a reporter, during which he showed his humility and simplicity in dealing with matters, during his response to the reason for his brilliance.

The Arab public in general and the Moroccans in particular did not expect that the coach who was appointed to lead the “Atlas Lions” in the World Cup 2022, succeeding the Bosnian-Frenchman Wahid Khalilozic, only last August, would succeed in bringing Morocco to the quarter-finals in the World Cup.

The Moroccan coach grabbed the spotlight and was carried on the necks after achieving the Moroccan achievement, and a large number of the audience watched a video of the coach confirming the extent of his connection to his mother and also that the reason for what is happening is his closeness to God, purity of intention, and doing good in his life.

The Moroccan national team meets Portugal in the quarter-finals on Saturday and is looking for a new achievement for Arab and Moroccan football, after history has already been written by ascending to this role for the first time.