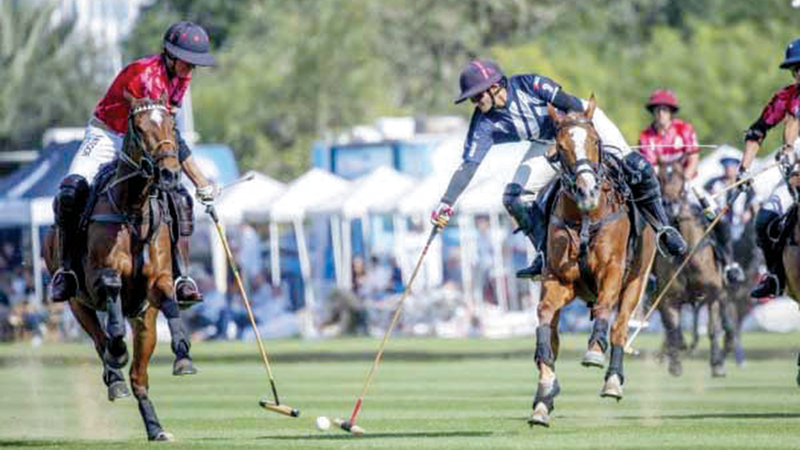 The day before yesterday, the 13th edition of the Dubai Silver Cup Polo Championship 2023 opened, with the participation of five teams, which are Emirates, Al Habtoor, AM, Benjash, Wolves Dubai Cavu and Handicap 20 Joule.

The first two matches witnessed 43 goals, including 25 goals in the opening match between Al Habtoor and AM, after an equal match of five runs, which ended with Al Habtoor winning 13, compared to 12 goals for AM.

In the second match, the Emirates team made a strong show, and beat the Wolves team by 13 goals to five.

The championship matches will be completed tomorrow with two matches, the first between the Bengash teams and the Dubai Cafu wolves, and the second between the AM and Emirates teams.

K. Vishwanath acted with me in the movie ‘Vajram’: Roja

Awards in the name of K Viswanath, Film Institute to put: LB Sriram