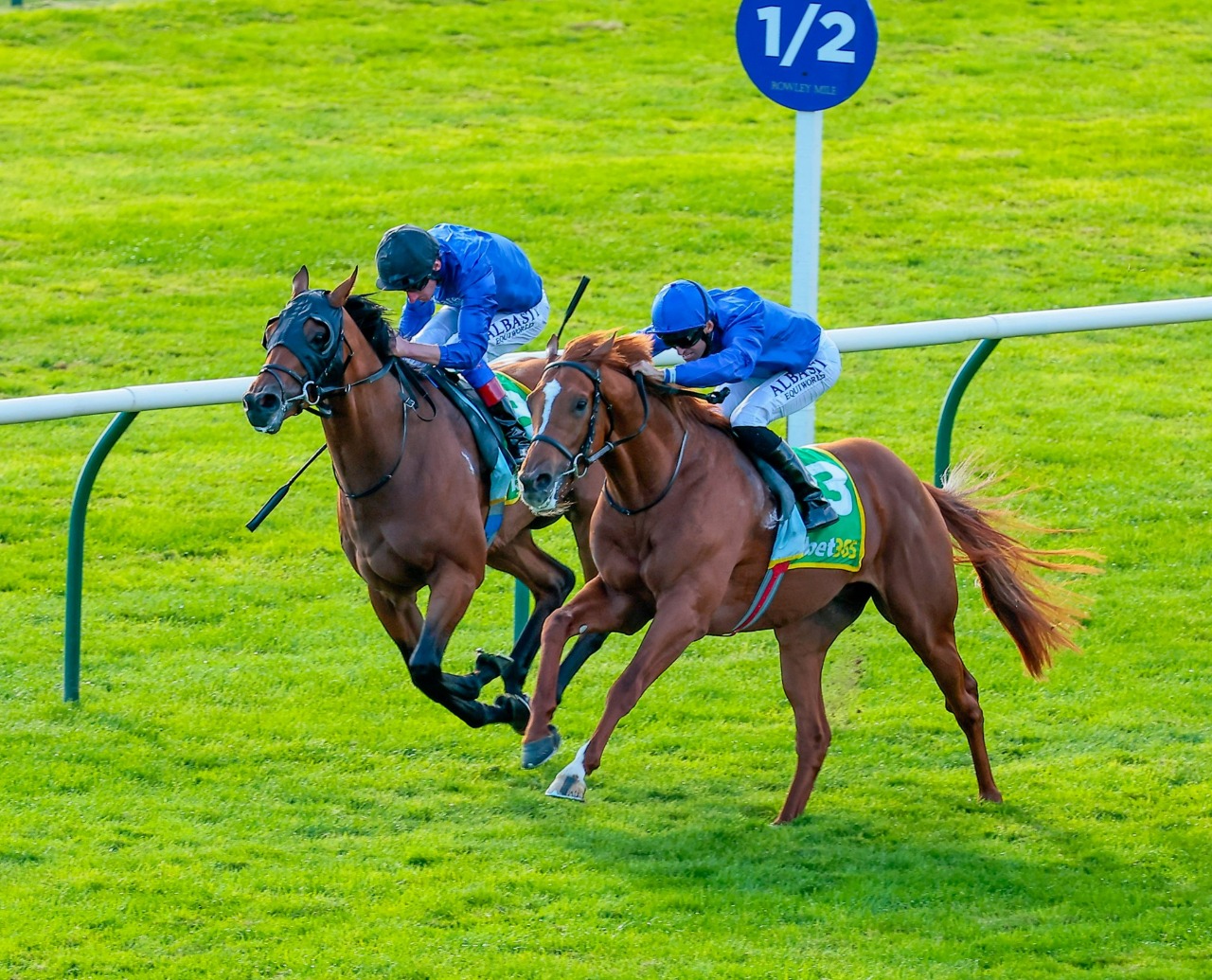 The “Godolphin” horses, under the supervision of coach Charlie Appleby, achieved three victories in the races of the opening day of the “Dubai Future Champions Festival”, which began today at the ancient British “Newmarket” track, and the curtain came down on Sunday, which is the pinnacle of the golden season in Britain for two-year horses. Through it, the winners will become prominent contenders for the titles of the major classics for the next season.