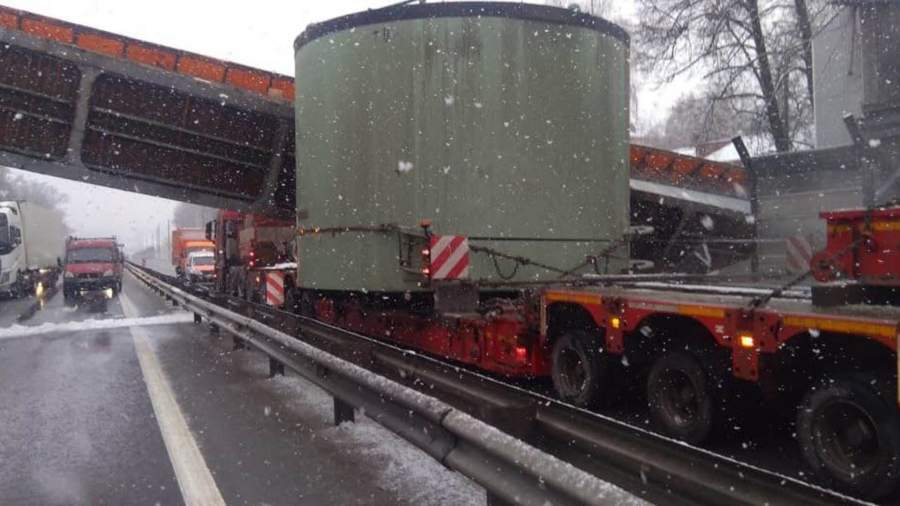 The truck touched an overhead pedestrian crossing on the federal highway M-7 “Volga” in Lakinsk, Vladimir region, as a result, the structure partially collapsed. This was reported on Friday, November 20, by the press service of the Ministry of Internal Affairs for the Vladimir region.

“On November 20, a traffic accident occurred in Lakinsk. According to preliminary information, the truck driver did not take into account the dimensions of the transported cargo and touched the overhead pedestrian crossing, as a result of which the structure partially collapsed, ”the statement says.

According to preliminary data, there were no casualties as a result of the incident. At present, traffic on the specified section of the road is completely stopped. Police officers work on the spot, the circumstances are established, measures are taken to eliminate the consequences of the incident.

Earlier that day, an accident occurred on the P-152 Rostov-Nizhny Novgorod highway in the Balakhninsky district near the village of Trestyan. A double-decker “Haiger” bus pulled over to the side of the road and overturned into a ditch.

According to the preliminary version, the driver lost control of the vehicle.