A UN call to stop the fighting in Ethiopia… and Washington: There is no military solution to the conflict 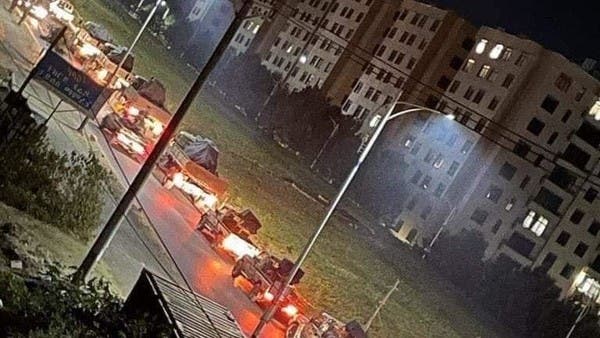 United Nations Secretary-General Antonio Guterres on Wednesday called for an immediate end to the fighting in Ethiopia and urged leaders there, in remarks in Bogota, Colombia, to emulate the peace process in that country.

“Today’s peace process in Colombia inspires me to make an urgent call to the supporters of the conflict in Ethiopia for an immediate and unconditional ceasefire,” Guterres added in statements he made with Colombian President Ivan Duque.

Guterres visited Colombia to commemorate the five-year anniversary of the peace agreement between the government and FARC rebels.
Leftist (Farc).

The war in Ethiopia broke out in November 2020 in the Tigray region between the Federal Forces and the Tigray People’s Liberation Front. The conflict in July spread to two neighboring provinces in the north of the country.

Guterres said that the cessation of hostilities in Ethiopia would allow for dialogue to take place between Ethiopians and allow the country to contribute once again to the stability of the region. “I would very much like Colombia to be an example for leaders in Ethiopia,” he added.

The United States also warned Wednesday that there is “no military solution” to the conflict in Ethiopia and that diplomacy is the “first, last and only option” to stop the civil war in the African country, after the Ethiopian government announced that its President Abiy Ahmed went to the front to lead government forces in their fight against Rebels from Tigray (North).

“We have seen reports that Prime Minister Abyei is today on the front line, and high-ranking Ethiopian athletes, parliamentarians, party and district leaders as saying that they will join the prime minister on the front lines,” a State Department spokesperson said.

“We urge all parties to refrain from inflammatory and hostile rhetoric, to exercise restraint, respect human rights, allow humanitarian access and protect civilians,” he added.

Ethiopian government media reported on Wednesday that Ethiopian Prime Minister Abiy Ahmed directed the war effort from the front lines, and that Deputy Prime Minister Demeke Mekonnen would take over the routine affairs of the government in his absence, quoting Reuters.

A report published on the Fana news website said that government spokesman Legisi Tolo provided details of the transfer of responsibilities for some daily chores at a press conference.

Fighting continues between the Tigray People’s Liberation Forces and the Ethiopian army, while the front is approaching the Ethiopian capital after controlling important areas near the capital of Tigray region, while officials in Addis Ababa confirmed during a meeting with diplomats that the security forces, which include groups of young people, are working to ensure the security of the capital.