A video that grabs the hearts of the Saudis.. an old man dances the “Southern Step” 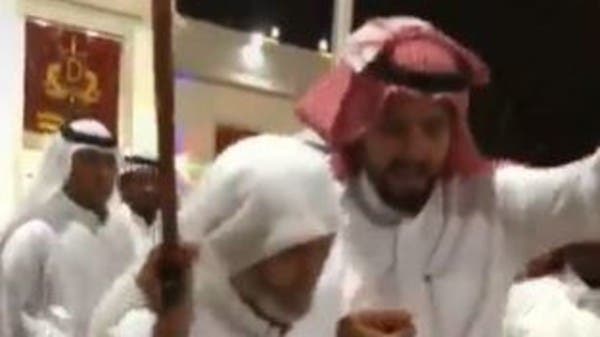 Activists and a number of celebrities circulated on social media a video clip of an elderly Saudi man participating in the southern step dance with a number of people in Najran, amid loud applause.

The clip showed the elderly rolling as he sat on a chair, and then got up excited after hearing the songs chanted by the audience, and surprised them with the way he danced.

The older they get, the more they need us.
They are happy to be with them, and the simplest things make them happy.
Let us celebrate them and always make them feel important,
Because they are the salt of life and the secret of our happiness.
Thank you to those who published the clip to draw the attention of those who were occupied by life about their happiness.#Blessed_Friday pic.twitter.com/QombdBpq37

The clip also documented a number of people clapping and singing while the elderly dancer and encouraging him, impressed by his performance, which caught their attention because of his dance.

While activists circulated the clip on the communication sites, accompanied by the hashtag #elderly, pointing to the importance of the participation of the elderly in the celebrations and not neglecting them.

And one of the tweeters said, “The video is considered the most watched… a seat elderly person gets excited with a folk dance and surprises the audience with a public party.”

The original clip garnered thousands of views and likes, and was circulated on multiple accounts on various platforms such as Tik Tok and Twitter.

It is noteworthy that the southern step is an ancient war dance, and it is one of the southern games and colors of Saudi Arabia.