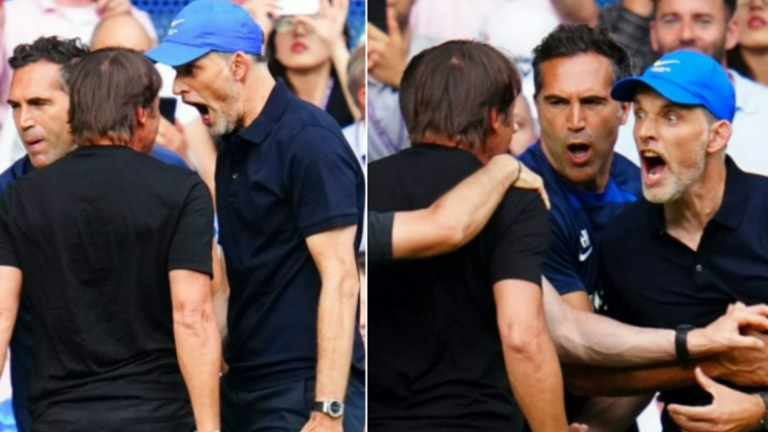 The match between Tottenham and Chelsea witnessed a violent argument between the coaches of the German teams Thomas Tuchel and the Italian Antonio Conte, which ended with their expulsion, as the referee issued a red card in their faces.

A sharp clash erupted between the coaches of Chelsea and Tottenham, in the match that brought their two teams together on Sunday in the second round of the English Premier League.

The match, hosted by Stamford Bridge, ended in a 2-2 draw between the two teams.

The 68th minute of the confrontation witnessed a fierce quarrel between the coaches of the two teams, after Hojbjerg scored a goal to reduce the difference for Tottenham.

Conte was celebrating in a crazy way the goal, which made Tuchel enter with him in a stampede and a strong exchange, which was spotted by the match camera and the lenses of the photographers.

After the end of the match, Conte shook hands with his counterpart Tuchel, but the latter seemed angry because the Italian did not look at him, which led to an argument between them again, and the referee issued a red card in their faces.