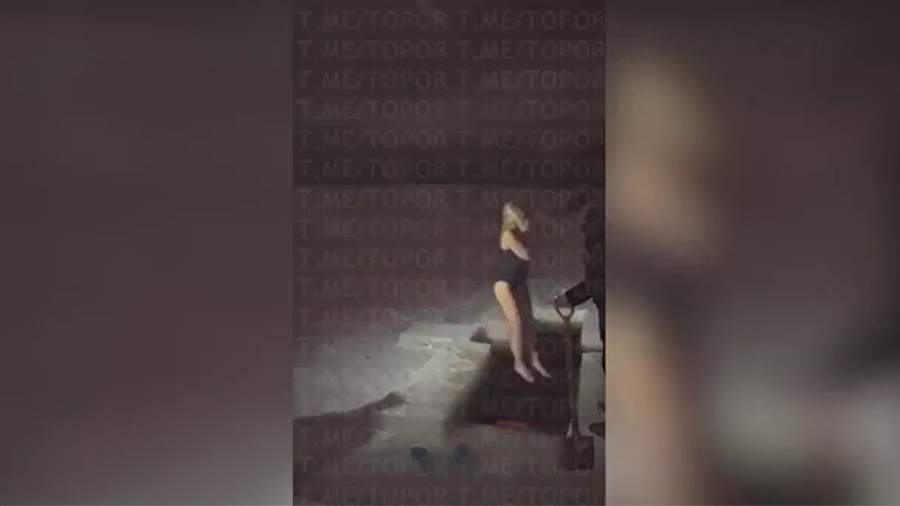 In the Gatchina district of the Leningrad region, a woman drowned in an unequipped ice hole on the Oredezh River during Epiphany bathing, the accident occurred on January 19. Divers are looking for her body.

The footage filmed by eyewitnesses shows how a woman jumps into an ice hole and immediately disappears under water, after her relatives rush into the water to help, but the search does not lead to anything. At the same time, the children of the missing woman were on the shore, who had been watching what was happening all this time.

On the day of the incident, rescuers of the All-Russian Society for Rescue on the Waters of St. Petersburg and the Leningrad Region began searching for the bather. The descent of three divers was made in different places of the river.

As Alexander Zuev, head of the VOSVOD rescue service, noted, the Oredezh River has a fast current, up to 3 m/s.

“As far as is known, the woman went to plunge into a place where there are no lifeguards, there is no proper lighting – a lane was simply cut down on the river. Two options are being considered: either it was syncopal drowning (death due to vasospasm. – Ed.), Or it was simply carried away by the current, ”he said.

Previously, infectious diseases doctor, Professor Nikolai Malyshev named contraindications for Epiphany bathing in the hole. According to him, it is recommended to refrain from drinking alcoholic beverages, and it is also important to keep a distance due to the risk of worsening the epidemiological situation in connection with the coronavirus, and people with chronic diseases should refrain from swimming in the hole at all.