A world champion in swimming drowned for a strange reason. She was miraculously rescued (video and photos) 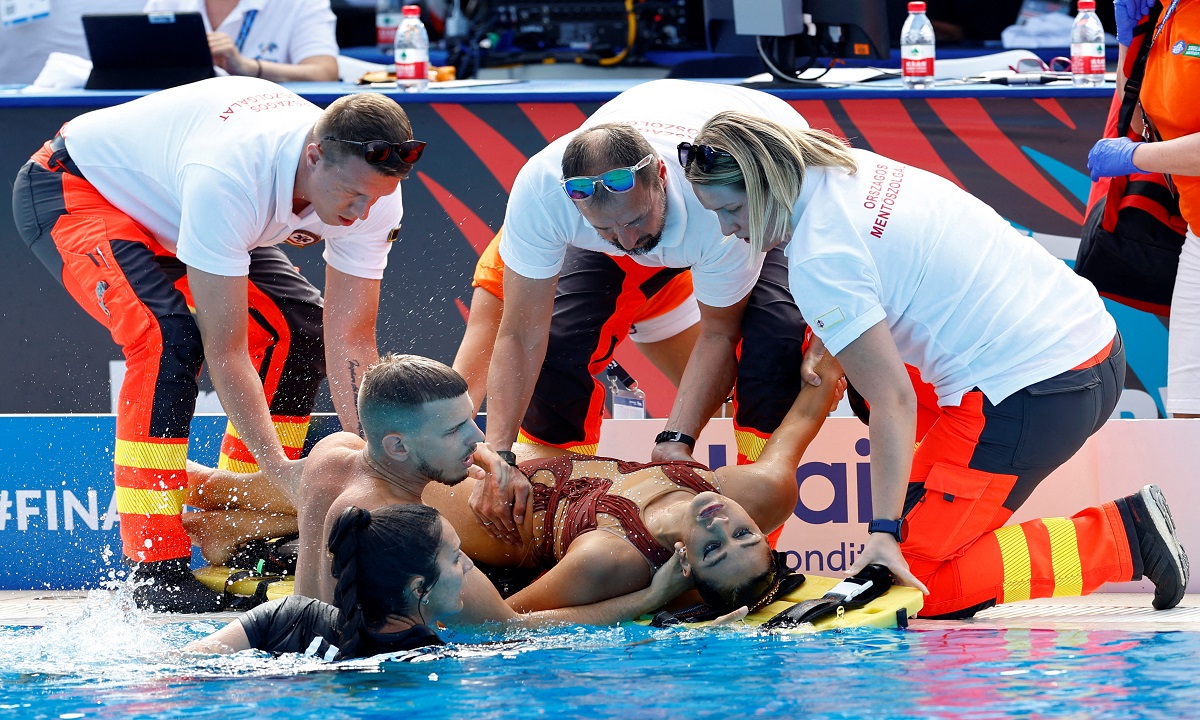 Budapest – AFP
American Anita Alvares was dramatically saved from the bottom of the pool by her coach, after she fainted during her performance in the synchronized swimming competitions at the World Swimming Championships in Budapest, Hungary.

Spain’s Andrea Fuentes jumped to the rescue of 25-year-old Alvarez, who sank to the bottom of the pool and could no longer breathe during her performance in the final of the freestyle singles category on Wednesday night.

“It was terrifying,” Fuentes said. “I had to jump because the rescuers didn’t do it.”

Fuentesen, 39, sank her shorts and shirt to the bottom of the pool and pulled Alvarez to the surface before being helped to the edge of the pool.

“I was scared because I knew she wasn’t breathing, but she’s fine now,” said Fuentes, a four-times Olympic medalist.

Alvarez was taken on a stretcher to the facility’s medical center where her colleagues and fans appeared in shock.

The US team later released a statement from Fuentes saying that Alvarez had fainted due to the effort expended during her performance.

“Anita is fine. Doctors checked her vital signs and everything was normal: heart rate, oxygen, sugar levels, blood pressure,” said the 16-medalist at the world championships.

“Sometimes we forget that this happens in other sports that require high endurance. Marathon, cycling etc… We’ve seen pictures where some athletes don’t reach the finish line and others help them… Our sport is no different but it’s in a basin swimming.”

Alvarez is participating in the world championships for the third time, and she also fainted during the Olympic qualifiers in Barcelona last year.

In another interview, Fuentes criticized the slow reaction of the lifeguards at the World Championships, which ends on July 2, after nearly two weeks of competition.

“I think she was at least two minutes without breathing because her lungs were full of water,” she said. “But we managed to get her to a good place. She threw up water and coughed, but it was very scary.”

“When I saw her drowning, I looked at the rescuers but I saw that they were shocked. They did not react. I said to myself ‘Are you going to dive?’ I quickly reacted and said to myself I can’t watch.”

“I didn’t think about it, I jumped. I think it was the weirdest and fastest free dive I’ve ever done in my career. I carried it and lifted it, it was heavy, it wasn’t easy.”

Fuentes confirmed that Alvarez will rest on Thursday, with doctors to decide whether she will be ready to participate in Friday’s team final.