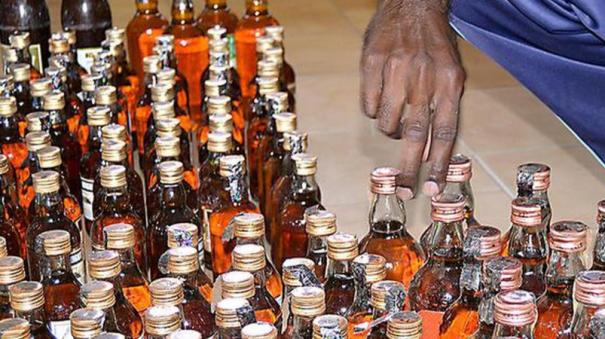 CBI officials raided 31 places, including Deputy Chief Minister Manish Sisodia’s house, on 19th of last month following complaints of irregularities in licensing of liquor shops in Delhi. Important documents have been seized. CBI has registered a case against 15 people including Sisodia.

Meanwhile, Jatendra Kumar, a CBI officer who tried to register a case against Manish Sisodia, committed suicide. He was working as Deputy Legal Adviser in the Anti-Corruption Branch of the CBI.

Deputy Chief Minister Manish Sisodia said yesterday, “Suddenly, CBI investigation officer Jitendra Kumar committed suicide. He was put under a lot of pressure to illegally arrest me and get me in trouble.

But he did not accept it. A series of attempts were made to trap me. “He committed suicide due to pressure from the top.” This has been denied by the CBI.

In this regard, the press release issued by the CBI said: The comments made by Delhi Deputy Chief Minister Manish Sisodia regarding the case are incorrect. This is an attempt to divert attention from the ongoing probe into the Delhi Liquor Policy case. His comments are misleading. It has been clarified that CBI officer Jitendra Kumar and the case against Manish Sisodia are not related in any way. He was Deputy Legal Counsel in various CBI investigations.

He was overseeing the prosecution of the cases in Delhi where chargesheets had already been filed. It says so.

In this case, the BJP has released videos stating that the malpractice in granting licenses to liquor shops is true and that the Aam Aadmi Party leaders have received money for it.

BJP spokesperson Sambit Patra released these 2 videos under the name of sting operation. He said, “Aadmi leaders have benefited from licensing liquor shops. This has made it clear that the Delhi government is a corrupt government. The video of Sunny Marwa’s father, Kulwinder Marwa, who is involved in the case, is also featured in it. Liquor shop licenses have also been granted to blacklisted establishments. In this video, Gulwinder Marva himself has admitted it.

No brewer in Delhi should fear. How much commission has been given to Manish Sisodia and Chief Minister Arvind Kejriwal has come out as a video.

Now Kejriwal, Manish Sisodia have no escape. When Kejriwal came to power, he told people to conduct a sting operation and publicize any kind of corruption. That is exactly what has happened now.”