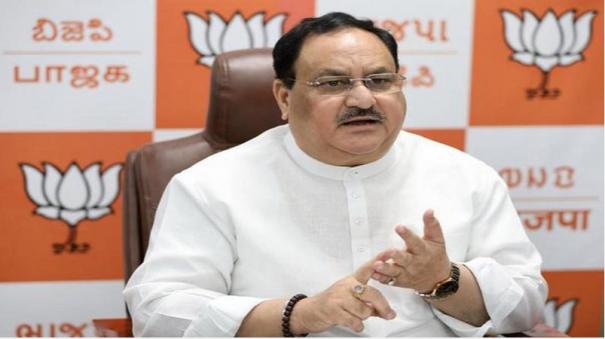 Elections to the Delhi Municipal Corporation will be held on December 4. BJP leader JP Natta and party MP supported BJP candidates. Harshvardhan campaigned in the industrial area of ​​Wazirpur yesterday. Then Natta said:

AAP claims to be an anti-corruption party. But the minister of that party, Satyender Jain, has been imprisoned in Tihar Jail in a corruption case. The Aam Aadmi Party has opened a massage center for him in the jail itself.

A person arrested in a sex case acts as a ‘therapist’. People are very upset with Aam Aadmi Party rule in Delhi. People are eagerly waiting to vote for BJP in the municipal elections.

Videos of Aam Aadmi Party Minister Satyender Jain being given facilities in jail, him meeting many people in jail and serving food from hotels have been released. A video has surfaced showing someone cleaning the room he is locked in and making a bed for him. AAP has only such ministers.

But people are watching the activities of Prime Minister Modi. People of Delhi are eager to vote for BJP after seeing his great works. BJP National President JP Natta spoke thus.