Abbas advisor: The PA did not make any concessions after meeting Gantz 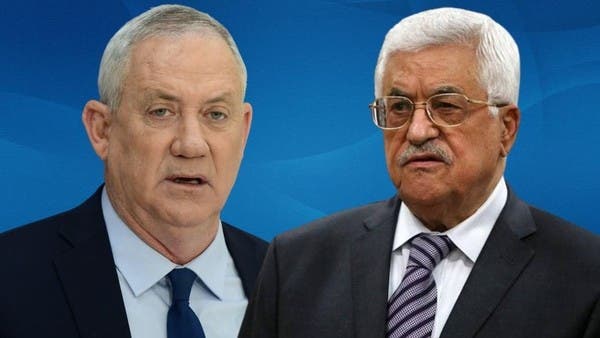 Mahmoud al-Habbash, an advisor to the Palestinian president, stressed that the Palestinian Authority did not make any concessions during the meeting Tuesday, Palestinian President Mahmoud Abbas, with Israeli Defense Minister Benny Gantz.

He added, in a statement to Al-Arabiya/Al-Hadath, on Wednesday, that what was achieved from the Abbas-Gantz meeting is in the interest of the Palestinians, as he put it.

He also continued that the authority did not offer any political price in return for what it received from the meeting.

After the meeting, Gantz approved a set of initiatives aimed at improving relations with the Palestinians, including the release of some funds and the granting of residency and work permits.

The office of the Israeli Defense Minister also indicated, according to what was reported by the Associated Press, on Wednesday, that the minister agreed to confidence-building measures that include transferring tax payments to the Palestinian Authority, granting hundreds of permits to prominent Palestinian merchants and officials, and approving the residency status of thousands of Palestinians in the West Bank and Gaza Strip. Gaza”.

During the meeting, which was held at Gantz’s home in a Tel Aviv suburb, the two sides discussed the issue of security coordination between Israel and the Palestinian Authority, which manages enclaves in the occupied West Bank.

In turn, the Tel Aviv foreign minister described the meeting between Gantz and Abbas as important to Israel’s security.

One last chance before the explosion

Commenting on Abbas’ meeting with the Israeli Defense Minister, Hussein Al-Sheikh, a member of the Central Committee of the Palestinian Fatah movement, said today that this meeting, which is the first since 2010, constitutes “a great challenge and a last opportunity before the explosion and entry into a dead end.”

The Sheikh also added, in tweets through his Twitter account, that this meeting is a “serious and bold attempt to open a political path based on international legitimacy and put an end to escalatory practices against the Palestinian people.”

Meanwhile, Hamas criticized this meeting, saying that it deepened the Palestinian-Palestinian division.

Hundreds of millions in taxes

It is noteworthy that the Israeli government seized hundreds of millions of dollars in taxes belonging to the Palestinian Authority, and recently prevented their transfer.

These tax transfers are a major source of funding for cash-strapped Palestinians, but Israel has withheld these funds because the Palestinian Authority has paid stipends to thousands of families whose relatives have been killed, injured or imprisoned during the recent years of conflict.

While Tel Aviv claimed that these payments stimulate terrorism, Palestinian officials have repeatedly emphasized in the past that they provide basic support to families in need.

In addition, Israel controls the Palestinian population registry, and its policies over several years have caused tens of thousands of Palestinians to live without legal status, severely limiting their freedom of movement even within the occupied territories.