Abbas: The most important thing is to play with a fighting spirit in “Gulf 25” 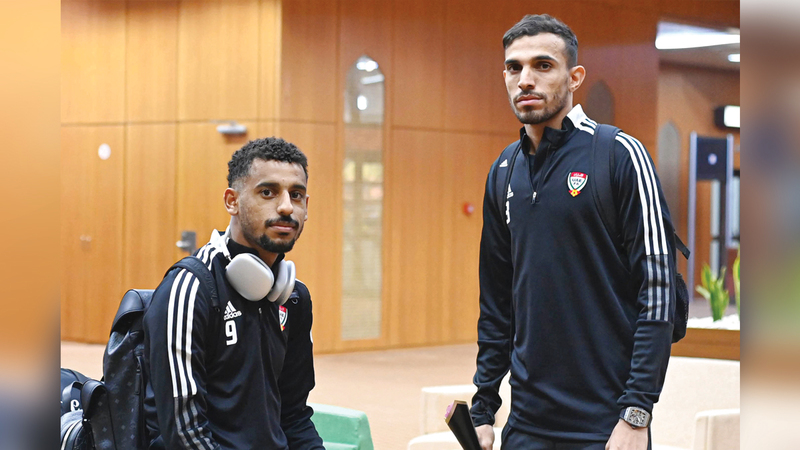 The captain of the national football team and Al-Ahly youth, Walid Abbas, revealed Al-Abyad’s readiness to play its matches in the 25th Arabian Gulf Cup scheduled for the Iraqi city of Basra during the period from the sixth to the 19th of this month, with the participation of eight teams, hoping that the team would present during it a good level in light of the strength of competition, indicating that they As players, they feel a great responsibility in the importance of honorable representation and appearing differently for Emirati football in the Gulf Championship.

Walid Abbas (37 years) told Emirates Today: “Regardless of the participants, our goal is to compete for the title if all the participating teams seek to win the championship.”

The captain of the national team stressed that despite the absences in the national team due to injuries, the existing elements will represent the country in an honorable manner, stressing that these absences are also an opportunity for the selected players to give their all.

And about the advice that he can give to the rest of his fellow players, especially the young players, he said: “The most important thing is to play with a fighting spirit on the field and to be keen to provide their best, and I hope that they will be up to the responsibility,” noting that “these players play with their clubs in the league, Therefore, they are required to provide a better level, especially since participation at the international level differs from local participation in the league.

Regarding the recent friendly experience that the national team played against its Lebanese counterpart and won with a clean goal before traveling to Iraq, Walid Abbas said: “Although the national team did not appear at the required level, it benefited from the experience,” stressing that the Lebanese national team was not an easy team. Pointing out that in modern football all levels of teams are close, describing the upcoming appearance of the national team in the Gulf Championship as an opportunity to know where Al-Abyad has reached.

And on the extent of the benefit he gained from watching the 2022 World Cup matches that were recently held in Qatar, national team captain Walid Abbas confirmed that he benefited as a player from watching the World Cup matches, describing the last version of the World Cup as being from his point of view the best technically compared to previous tournaments, indicating that the national team The Moroccan, who finished fourth in the tournament, drew his attention through his distinguished performance, as well as the American team, noting that his favorite team in the world is the Italian national team, despite not participating in the last edition of the World Cup.

Walid Abbas continued, “I hope to see the UAE national team in the next edition of the World Cup, along with the Italian national team, which I encourage globally.”

Walid Abbas described the transfer of Portuguese star Cristiano Ronaldo to play in the Saudi Football League by playing in Al-Nasr Club as a new challenge for him, as he is playing for the first time in the Arab Gulf region, considering that the presence of great players such as Ronaldo in the Arabian Gulf region and in the Saudi League is specific. Because it is an opportunity for Gulf players to benefit from his presence.

• “I hope to see the UAE and Italy national teams in the next edition of the World Cup.”

• “The national team did not appear at the required level against Lebanon, but it benefited from the experience.”

The team’s mission arrives in Basra

Yesterday morning, the delegation of the national football team arrived in Basra to participate in the “Gulf 25”, and Al-Abyad performed his first training sessions in one of the secondary stadiums in preparation for his first match against Bahrain next Saturday at Al-Mina Stadium.

Union Budget: If the economy is good.. why so many taxes: Professor Nageshwar