Abdel Hamid Ibrahim: “Sports Creativity” is behind my retraction from the decision to retire 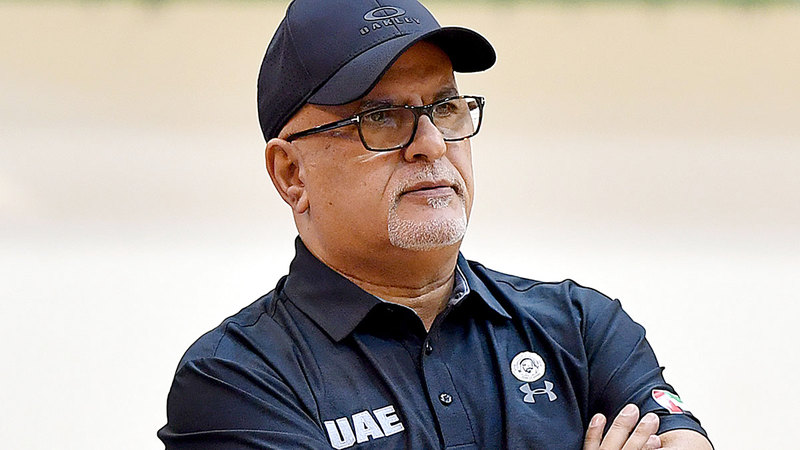 The Dean of basketball coaches in the Emirates, Abdul Hamid Ibrahim, winner, last Tuesday, of the Mohammed bin Rashid Al Maktoum Award for Sports Creativity, in its eleventh session, said that “the honor I received, and winning the award, is behind my retraction from the decision I previously took to retire at the end of the year.” My current contract is with the Sharjah Club, so I decided to continue training, with the ambition to put my 32 years of experience in the service of an ambitious project, which aims to return the Emirates Basket to its golden age, as a leading regional center at the level of the countries of the region, leading to the competition for Asian titles.

It is noteworthy that Abdul Hamid Ibrahim won the award in the local coach category, thanks to a busy career decorated with 59 titles. He told “Emirates Today” that “the Creativity Award, which bears the name of His Highness Sheikh Mohammed bin Rashid Al Maktoum, Vice President and Prime Minister of the UAE and Ruler of Dubai, gave him the incentive to abandon the decision to retire, which he thought about because of the many problems that the game suffers from, and they negatively affected it.” In the decline in the level of the Emirates basket after it was living its golden age in the nineties of the last century, and until the beginning of the new millennium, in previous generations, its only concern was to gift the Emirates sport with achievements, and to ensure the honorable representation of the team shirt, by winning titles, and always competing on the podiums, after Its brilliance in the Gulf and the Arab world, its ascension even on the podiums of Asia, and in the world military championships.”

Abdul Hamid indicated that his project will not be limited to restoring Gulf and Arab titles and achievements only. Integrated, able to walk in parallel between the current players, and the manufacture of a future generation of Sunni rules, based on correct technical foundations.

He concluded: “A basketball coach receiving the highest honor in sports is a message to many team games officials who call it (the forgotten), that the wise leadership in the country is always keen to honor the achievers, who did not hesitate to make effort and give in order to Achieving achievement for UAE sport and raising the state flag high in major international forums.

Abdul Hamid began his training career with Al Wahda in 1990, and led him in 1993 to the title of Gulf Champions Clubs. He is the only Emirati coach who has succeeded in professionalism abroad, as he led the Saudi Jeddah Federation to win the title of Asian Champions Clubs in 2001, in addition to winning the Asian bronze with Al Wasl in 2008, He completed it with the Arab club gold with Sharjah 2011, before returning to lead Sharjah to win the double of the Gulf champion clubs in 2018 and 2019.

• He has a training career spanning over three decades, and is the first Emirati coach to succeed in being professional abroad.

• Won the Sports Creativity Award, in the local coach category.