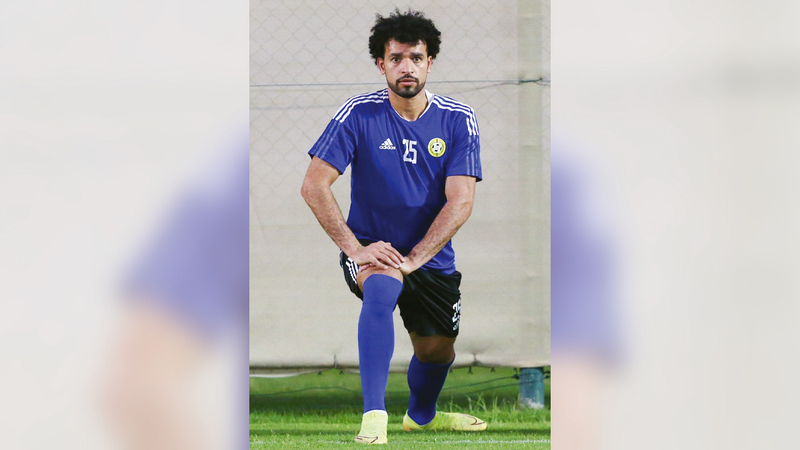 Ittihad Kalba player Abdul Salam Muhammad described his team’s 2-1 victory over Al-Wahda in the 11th round of the ADNOC Professional Football League, as it reinforced the team’s announced aspirations this season to advance towards the front positions in the general standings, describing the victory as deserved and that the Tigers team appeared Distinctively throughout the match minutes, expressing his happiness that the Kalba Union continued to achieve positive results with the teams competing for the title, except for its match with Al Ain.

Abdul Salam told “Emirates Today”: “Reaching to seventh place in the ranking away from the late positions is an important gain, and winning the runner-up for the championship teams Al Wahda Club is an important gain that reflects the technical capabilities of all team players and enhances confidence in us as an integrated team.”

He continued, “The victory gives us more confidence, as it is the tenth consecutive result without a loss on our stadium with five wins and five draws, which reflects his technical position.” He added, “The victory over Al-Wahda precedes the expected summit meeting with Khorfakkan in the Eastern Region derby, which is an important moral victory that will help us to appear well, in order to achieve the aspirations of the club and the public.”

Regarding his scoring and making another goal in the team’s last two matches, Abdul Salam Muhammad said: “My goal against Al Arabi in the President’s Cup was my first goal in the Kalba Union shirt because I play a late defender. Whether I scored or contributed that important thing to me is the happiness of the yellow team’s fans, and technically it reflects the directions of the Uruguayan coach Jorge da Silva, who helped me greatly to improve my level.”