SportsAbdullah Ali: The Al-Ain vs Al-Uruba match was actually played for only...
Sports 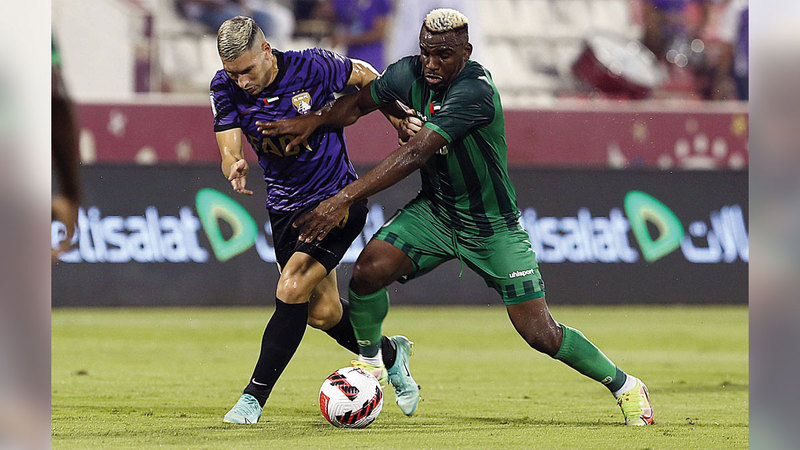 The supervisor of the football team in Al Ain Club, Abdullah Ali, said that “his team’s match against Al-Uruba witnessed a number of technical, human and technical errors, which caused the result that led to it, and the loss of two points that were within reach.” Al-Uruba surprised Al-Ain, and turned its 3-0 delay into a 3-3 draw, in the match that took place between them yesterday evening at the opening of the fifth stage of the ADNOC Professional League.

Abdullah Ali said in a press statement: “If we want to reach the World Cup, and think about the world, we must address the errors and problems we have, which cause matches to be suspended in many periods. We played in front of Al Orouba for actually 20 minutes, and the rest of the match was made up of pauses to review the (mouse) technique.”

He added: “Certainly, as an official in Al Ain, I am not satisfied with the result, and I think that all members of the team are also not satisfied. There are many mistakes that occurred in the match, whether from us or from the side of the whistle, but the most prominent mistake was in the technique we use in the matches, and it seems There is a real problem with how to deal with this technology in a way that seems clear in a lot of matches.”

He added: “I do not throw the result of the match at anyone, and we do not absolve ourselves of responsibility, and we have to review the mistakes we made, the most important of which is that when the team advances with a great result, the players think that the match is over, and its result is guaranteed, and I imagine that this matter will be dealt with in a proper manner. Accurate so that it will not be repeated in future matches.

Al-Obaidi: The return of Arabism before the eye “raises the head”

Al-Uruba coach, Fathi Al-Obaidi, considered that the strong return of his team to Al-Ain, and the 3-3 draw with him, is a victory for his team, and the return of “raising the head.” Al-Obaidi told reporters: “I feel proud of the players of Al-Uruba, and their performances and levels against a team the size of Al-Ain.”

He added: “Al-Uruba scored three goals in one half, and in front of a team the size of Al-Ain, confirms that the team’s players have high technical capabilities. He continued, “If we did not have qualified players and a cohesive team, it would have been possible for Al-Uruba to collapse in the second half.”

• Al Ain led Al Orouba 3-0 in the first half, before Al Orouba returned to a tie in the league’s strongest surprise.