Abdullah Saqr: I will not forget my move from scenes in “Khaleeji 1” to work with the national team 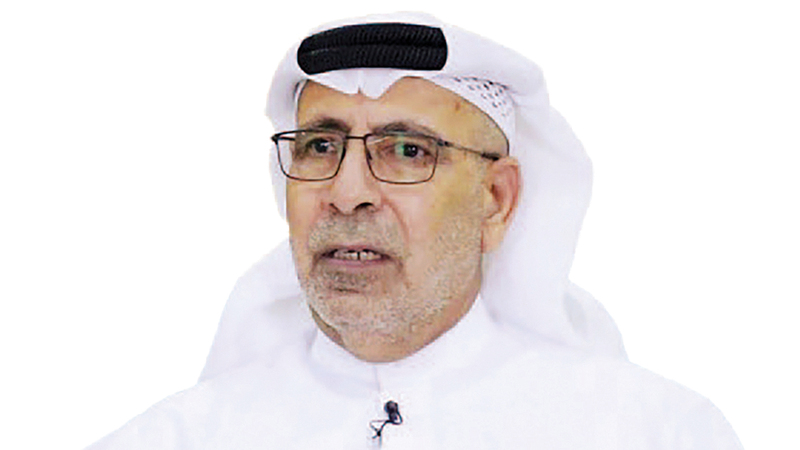 The former coach of the national football team, Abdullah Saqr, said that he was happy to have participated within the coaching staff of the national team in four previous tournaments in the Arabian Gulf Cup, indicating that he had very beautiful memories, in which he was between joy and crying together.

He said that the chances of competing in the tournament at that time were very strong to win the title, indicating that the moment he will not forget is when he turned from a viewer of the team in “Gulf 1”, when the tournament was held for the first time in Bahrain’s hospitality in 1970, to a member of the coaching staff. For the national team in the «Gulf 6», which was hosted by the UAE in 1982.

He said that for him this was a beautiful shift and a very big gain, which helped him to build a great experience in the tournament, considering that the “Gulf 25”, which is currently being hosted by Iraq, is an opportunity for the young players who are with the national team to show their capabilities, and that the opportunity still exists to restore balance and return. Strongly in the championship, despite the recent loss from Bahrain.

Abdullah Saqr added to «Emirates Today»: «My most prominent participation with the national team was in (Gulf 9), which was held in Riyadh, but the most beautiful was in (Gulf 6) in Abu Dhabi, because it witnessed my transformation from scenes before that to working within the technical staff of the national team. . In the first championship in Bahrain, the matches were held on the sandy field, because at that time there was no grass, so (Gulf 6) was the most beautiful for me, as I got the experience of friction with dense crowds, and an organization that differs from what is in the local league.

And about the best periods that the national team went through, he said that every tournament has many hardworking people behind it, and that the coach is not the only one who makes everything.

He continued: «When the national team won the title twice, the first in (Gulf 18) during the era of the late coach Bruno Metsu, and the second during the era of national coach Mahdi Ali in (Gulf 21), the spirit of optimism at that time was very great, even among children. These are very beautiful events, because the national team managed to achieve two championships, and I hope that the title will be repeated for the third time.

He said that he hopes that “Gulf 25” will be a new page in the “White” career after the previous period, and that he can overcome the impact of the loss in the first meeting against Bahrain, and compensate during the confrontations with Kuwait and Qatar.

Regarding the national team’s meeting against Bahrain, he said that in all cases there was no stability in the national team, and the players’ testing was still going on, but despite that, “Al-Abyad” was in control of the first half in the Bahrain match, and the mistake that caused the first goal was unintentional, but it It destabilized the team’s cohesion, and while it was looking for a tie, Bahrain’s second goal came.

He called on the national team to correct the image in the next match against Kuwait, to preserve its chances in the tournament.

He said that the opportunity for competition still exists, and explained: “Technical analysis in such circumstances is better than criticism, unless it is purposeful, other than defamation that does not benefit anything.”

Abdullah Saqr has a distinguished career in football, including his assumption of training “Al-Abyad” in 2001 in the Asian qualifiers for the 2002 World Cup, but he has other hobbies away from sports, as he is known to be a storyteller and poet, distinguished in many works of poetry and stories. He said that despite his preoccupation with football training, he did not give up literature, poetry and the story.

• Abdullah Saqr worked with the coaching staff of the national team in the Arabian Gulf Cup tournaments (82, 84, 88 and 92).

• Abdullah Saqr is known as a storyteller and poet, and distinguished himself in many poetic and nonfiction works.

• “In any case, there was no stability in the national team, and testing of players is still going on.”

• “Technical analysis of the team’s situation in such circumstances is better than criticism, unless it is purposeful.”