Abe who: how the ex-Prime Minister of Japan drowns the ratings of the current leader 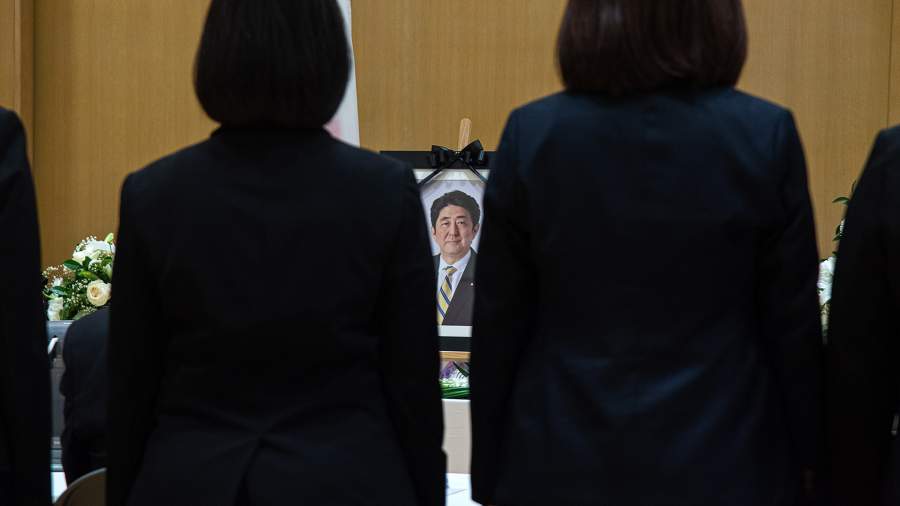 Japanese Prime Minister Fumio Kishida’s decision to hold a state funeral on September 27 for Shinzo Abe, who was killed in July, markedly overshadows his political career. The other day, he even had to justify himself to opposition deputies for vague explanations of the reasons why he considered it right to single out, albeit posthumously, ex-premier Abe. As Japanese experts explained to Izvestia, the current head of government greatly overestimated the people’s love for Mr. Abe and a positive attitude towards his legacy. The high price tag for the event, to which about fifty foreign guests have already been invited, also contributed to the public’s negative perception of the idea of ​​a state funeral. Whether this step threatens Fumio Kishide and his government with something is in the material of Izvestia.

“I humbly accept the criticism that my explanation was insufficient,” with such repentance, Japanese Prime Minister Fumio Kishida addressed opposition members of both houses of parliament on September 8. They decided to formally ask the head of government what motives forced him personally, without any consultations, to order the state funeral of former Prime Minister Shinzo Abe in Tokyo.

He was assassinated on July 8 in an assassination attempt, and the decision to hold a state funeral on September 27 for a politician who has gone down in history as the country’s main political centenarian was taught by his associate Kishida as an opportunity “to show our determination not to succumb to violence and to defend democracy.”

But the tragedy did not unite, but, on the contrary, split the Japanese public.

The murderer of the ex-premier turned out to be 41-year-old Tetsuya Yamagami, who cracked down on Abe for his alleged connection with the Unification Church religious organization – Yamagami’s mother made regular donations in her favor, because of which the family eventually went bankrupt. Abe’s allegations of ties to the rather suspicious religious organization, whose fundraising methods have already led to dozens of lawsuits in Japan, have triggered a massive investigation into its activities. And they found that 179 out of 379 members of parliament from the ruling Liberal Democratic Party had contacts with the Unification Church, which cast a noticeable shadow on the current head of government, Kisida.

Further, to this was added the displeasure of Shinzo Abe’s longtime opponents in the person of left-wing politicians and opponents of the revision of the pacifist constitution of Japan, which the ex-premier advocated. They considered that the state funeral would emphasize the nationwide recognition of the merits and the correctness of the political course of the murdered ex-premier, with which not everyone in the country agrees.

The last time a state funeral was held in Japan was back in 1967 for Shigeru Yoshida, whose name is associated with the start of the country’s post-war recovery.

“But even then it was debatable, because state funerals were very strongly associated with the pre-war period, when they were used to incite nationalism for military purposes,” Koichi Nakano, a political scientist at Sofia University in Tokyo, told Izvestia. “And now Kishida has misinterpreted the public mood, thinking that Abe is popular enough that most people would consider this exceptional treatment acceptable. Also, the fact that Kishida made this decision without even parliamentary debate, let alone approval, is seen as illegitimate.

Material considerations also became important for the opposition. In Tokyo, they announced that since the funeral is state, then they will be paid from the state budget. At the same time, initially, the authorities announced only the cost of renting and preparing the Budokan arena in central Tokyo for the ceremony, estimating the cost at 250 million yen (about $1.7 million).

But already in the last week, the cost of additional security was added to this by about 6.4 thousand participants, including about 50 heads of state and other honored foreign guests – in particular, US Vice President Kamala Harris, Australian Prime Minister Anthony Albanese and the head of the Elysee Palace Emmanuel Macron. And as a result, they received an astronomical amount of 1.7 billion yen (or almost $12 million).

According to the latest poll by the Yomiuri Shimbun newspaper, 56% of the Japanese were against organizing a state funeral for Abe. Some even hastened to express their disagreement with Fumio Kishida’s decision, and in fact, lawsuits from civil organizations flew to district courts in various prefectures of the country demanding that the ceremony be canceled. The court, however, dismissed these claims.

An additional backdrop to the resonant story of the commemoration was the general disappointment of the Japanese, who did not even have anything personal against Abe, with rising energy and food prices and the weakening yen. As a result, Fumio Kishida’s electoral support has fallen to the lowest level since he took over as prime minister a little less than a year ago. According to most opinion polls, by the beginning of September, his rating had fallen below the 50% mark.

In view of the fact that no parliamentary elections are planned in the country in the next three years, it would be a strong exaggeration to consider the current situation critical for Kishida. However, analysts said that a further decline in his popularity could distract him from some of his plans.

“I think he expects to stop the downward trend in ratings as soon as the funeral is over and the media moves on to other topics. But Kishida is thought to be lacking in both vision and leadership, and if support continues to fall, he will have real difficulty advancing his political agenda,” suggested Koichi Nakano.

University of Tokyo professor Kazuto Suzuki observed that compared to previous prime ministers, Kishida still enjoys relatively high support, and the lack of nationwide elections over the next three years will give him an opportunity to regain his popularity. But in the short term, there will still be consequences.

“The fall in Kishida’s popularity will affect his agenda, such as the New Form of Capitalism, which promotes financial reforms and the digitalization of rural communities,” Professor Suzuki told Izvestia. – But this will not affect the policy of strengthening the military potential of Japan – this is not on the agenda of Kishida, this is a national consensus.

As you know, this summer the government of Fumio Kishida called for a doubling of the country’s defense budget, which now stands at $39.5 billion, within five years. And if Tokyo can reach these figures, then in the near future the country will be second only to the United States and China in terms of military spending. And although Japan does not hide much that the strengthening of defense capability is necessary primarily to counter China’s more aggressive military approach to regional affairs, as they believe, the growth of its military power will not be the most pleasant news for Russia, for which Japan has recently became officially considered an unfriendly state.