Abi Ahmed is reassured again.. “The second filling will not do any harm.” 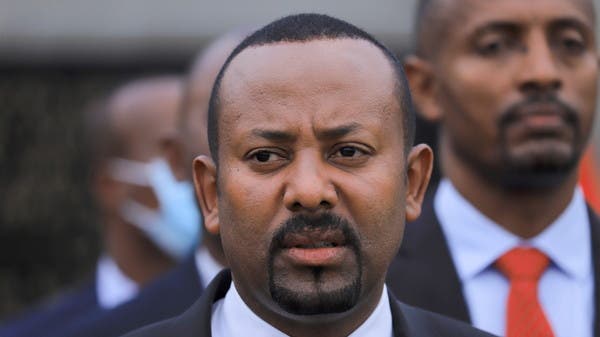 
Two days after the second filling of the Renaissance Dam, and in his first comment, the Ethiopian Prime Minister, Abi Ahmed, renewed, today, Thursday, the reassurance of the downstream countries, Egypt and Sudan, that there is no harm to them.

Ahmed added, in a tweet on Twitter: “To my sisters and brothers in the downstream countries, the second filling of the Ethiopian Renaissance Dam on the Abay River was completed on the 20th of July 2021, and as I promised you in advance on the 9th of July, Ethiopia filled its dam during the rainy season with caution and in a manner useful for the lack of flood from the downstream country.”

He also continued, “I would like to assure you once again that this filling will not do any harm to any of our countries. The Grand Ethiopian Renaissance Dam will remain a real gain and a symbol of joint growth and cooperation.”

In parallel, Ethiopia today called on the downstream countries, Egypt and Sudan, to negotiate the Renaissance Dam and reach a “win-win agreement”.

The official spokesman for the Ethiopian Foreign Ministry, Ambassador Dina Mufti, said that Ethiopia has informed the leaders of Sudan and Egypt of the process of the second filling, in the context of exchanging information on the Grand Ethiopian Renaissance Dam.

He pointed out that “the completion of the process of the second filling of the Renaissance Dam has changed many political attitudes of countries towards Ethiopia.”

He also explained that “there is no such thing as a comprehensive and final legal agreement,” noting that his country “does not mind reaching a profitable agreement on the process of filling and operating the dam.”

He added that Egyptian President Abdel Fattah El-Sisi’s recent statements regarding the dam are positive, and “we support the cooperation and joint development that he called for.”

The $4 billion dam has raised concerns about water shortages and water security in Egypt and Sudan, which also depend on the Nile’s waters.

Last month, Egypt said that it had received an official notification from Ethiopia that it had started filling the dam’s reservoir for the second time, and Egypt confirmed that it categorically rejects this step.

Controversies have been going on since its establishment

It is noteworthy that since 2011, the downstream countries have been negotiating an agreement on filling and operating the dam, which Addis Ababa is preparing to be the largest source of hydroelectric power in Africa with a capacity of 6,500 megawatts, without reaching an agreement.

In March 2015, the leaders of the three countries signed in Khartoum a declaration of principles agreement, but the differences persisted, and erupted with Ethiopia this month starting the second filling process of the dam’s reservoir.

Egypt sees the dam as a serious threat to its supply of Nile water, on which it depends almost entirely. Sudan also expressed concern about the safety of the dam and its impact on dams and water stations.

Long-running diplomatic efforts have not been successful in settling the dispute between the three countries.
The United States also said that Ethiopia’s filling of the dam could raise tensions and urged all parties to refrain from unilateral actions.

The dates of today’s matches for the UAE League, round 24

From next month, access to public places in Saudi Arabia will be restricted to those who have been vaccinated