Aboubacar and Ekambi move Cameroon to the second round 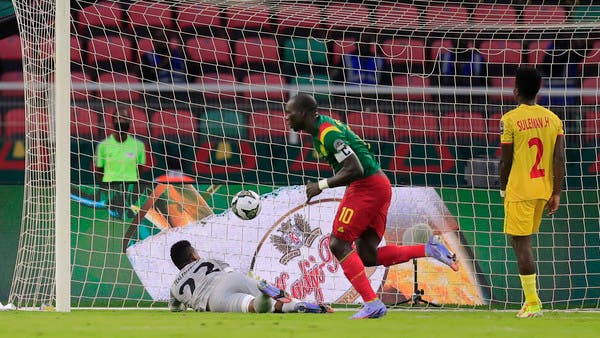 Cameroon became the first to qualify for the round of 16 of the African Cup of Nations in its 33rd edition, after winning a 4-1 landslide victory over Ethiopia on Thursday, in the second round of the first group matches in the continental competition, which is witnessing another confrontation between Cape Verde ( Cape Verde) and Burkina Faso later.

Ethiopia scored an early and surprising goal through Dawar Hotesa in the fourth minute, before the untamed lions bared their teeth, and responded with four goals signed by Karl Toko Ekambi in the eighth and 68th minutes and Vincent Abubakar in the 53rd and 55th minutes, and it was possible to increase the yield Cameroon scored in the match, had it not been for the misfortune that befell its players, after the crossbar blocked more than one shot on the Ethiopian goal.

Cameroon led the group with 6 points, achieving the full mark so far, after beating Burkina Faso 2 2 1 in the opening match of the tournament on Sunday, while Ethiopia remained at the bottom of the standings with no points, after losing 0-1 to Cape Verde He is currently second with three points in the first round.

Thus, the Cameroon national team qualified for the playoffs of the competition, in which it was crowned 5 times, regardless of the results of other meetings in the group.

In the event that the Cameroon national team is equal with Burkina Faso and Cape Verde on 6 points each at the end of the group matches, the three teams will judge the difference in direct confrontations, between them, to determine the positions, which may push the Cameroonian team to fall to third place, as it will then be among the rookies also among the best 4 teams ranked third in the six groups in the first round.