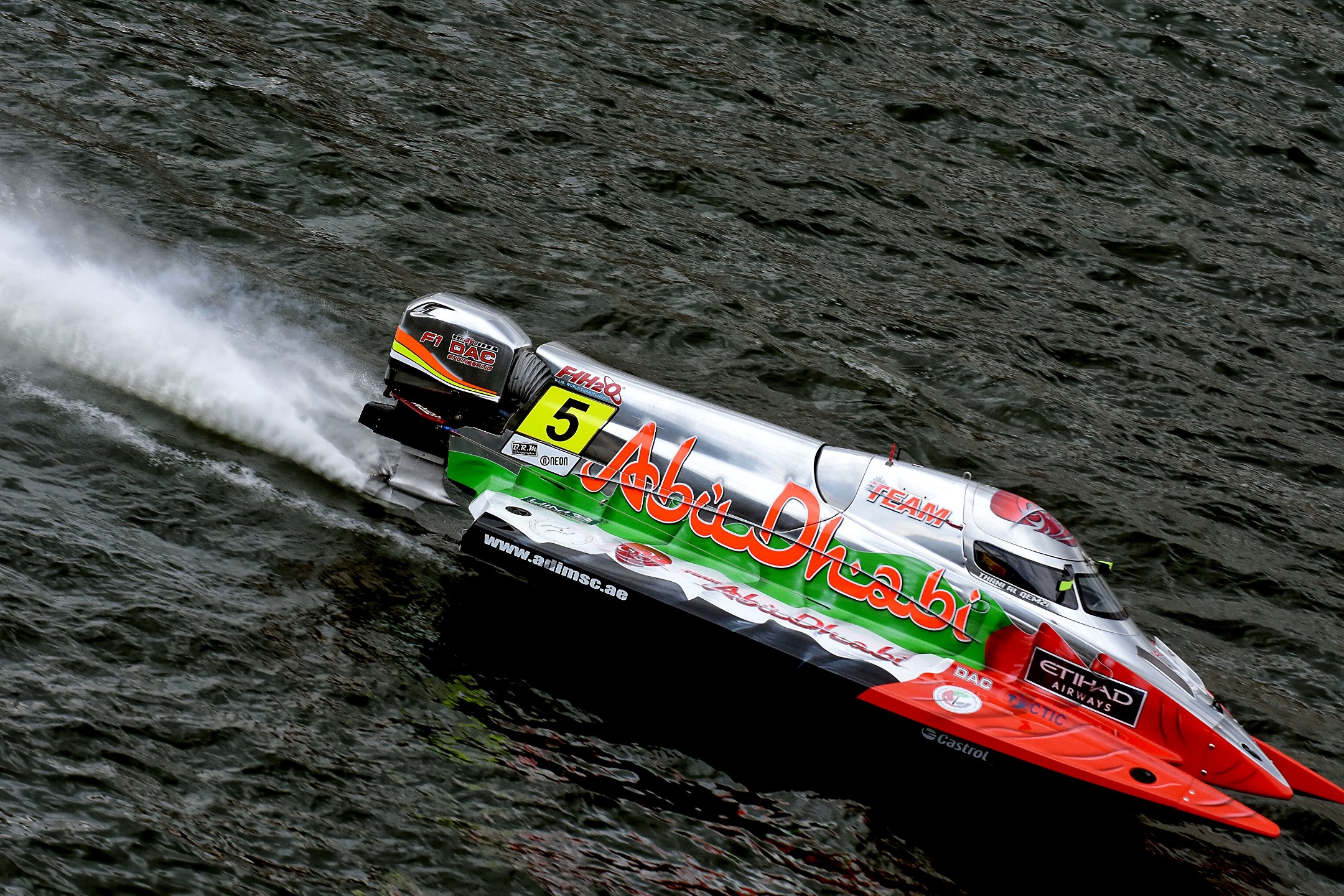 Today, Friday, the Macon River will start the activities of the best time race through the first and opening rounds of the Formula 1 World Championship, which will witness the participation of 17 boats, led by the Emirates boats, with the participation of the Abu Dhabi team with the boats of Thani Al Qemzi and Shawn Torrente, and the boats of the Sharjah team led by Sami Sileo and Philip Romes.
All participating boats seek to record the best and fastest time through the time race in preparation for reaching an advanced position through the start of the main race of the round tomorrow, and it is expected that today we will see high speeds at this stage by all participants, especially as it is the first official tests in the 2022 season in competitions Formula 1 and the start phase of collecting points for the new season.
With the name of Abu Dhabi’s strong cadres Thani Al Qamzi and Shawn Torrente as the leading candidates today, the name of Finnish Sami Sileo, representative of the Sharjah team, is present and strong throughout the competition, as well as the championship title holder for the last season, Sweden’s Jonas Anderson, as well as the French rider Philip Scheib, one of the veterans in this championship, the Italian Alex Karella and a series of names Participate through this tour.