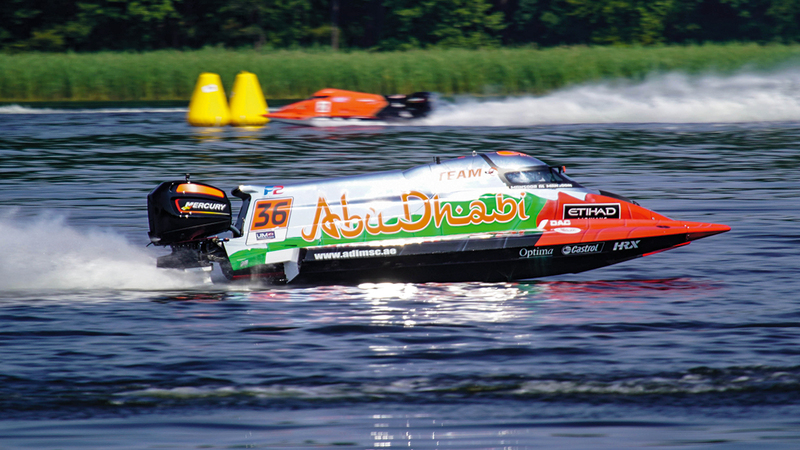 Today, in the city of Koppice, Lithuania, the competition and challenge of speed and best time in the second round of the Formula 2 World Championship, which is witnessing a strong participation of the UAE boats represented by the Abu Dhabi team in the boat 1 of the title holder Rashid Al Qamzi, and the boat 36 led by Mansour Al Mansouri, as well as the participation of The Sharjah boat, led by Sami Sileo, in addition to the official registration of 19 boats in the competition.

The team’s journey continues in order to win the championship title for the 2022 season, and it holds great ambitions, especially as it is the title holder for the last season, and the champion of this competition in the 2017 and 2019 seasons. 1 to get out of the competition after leading until the middle of the race, in which German Stefan Hagen won first place.

The competitions of the round began yesterday with the official registration of the teams participating in the event, in addition to the technical inspection of the boats as well as the first stages by checking the engines and passing various technical tests, and the excitement moves to the speed race and details of the best time for the participating boats today, and then the competition concludes on Sunday with the main race for the tour.

The fastest time qualifiers are the best way for the competitors to reach the lead by starting the main race later on. Therefore, striving to achieve the best time on the race track today will be in the eyes of all participants and the main goal is to ensure an advanced start in the main race later.

• Great ambitions for the Abu Dhabi team to defend its world title.