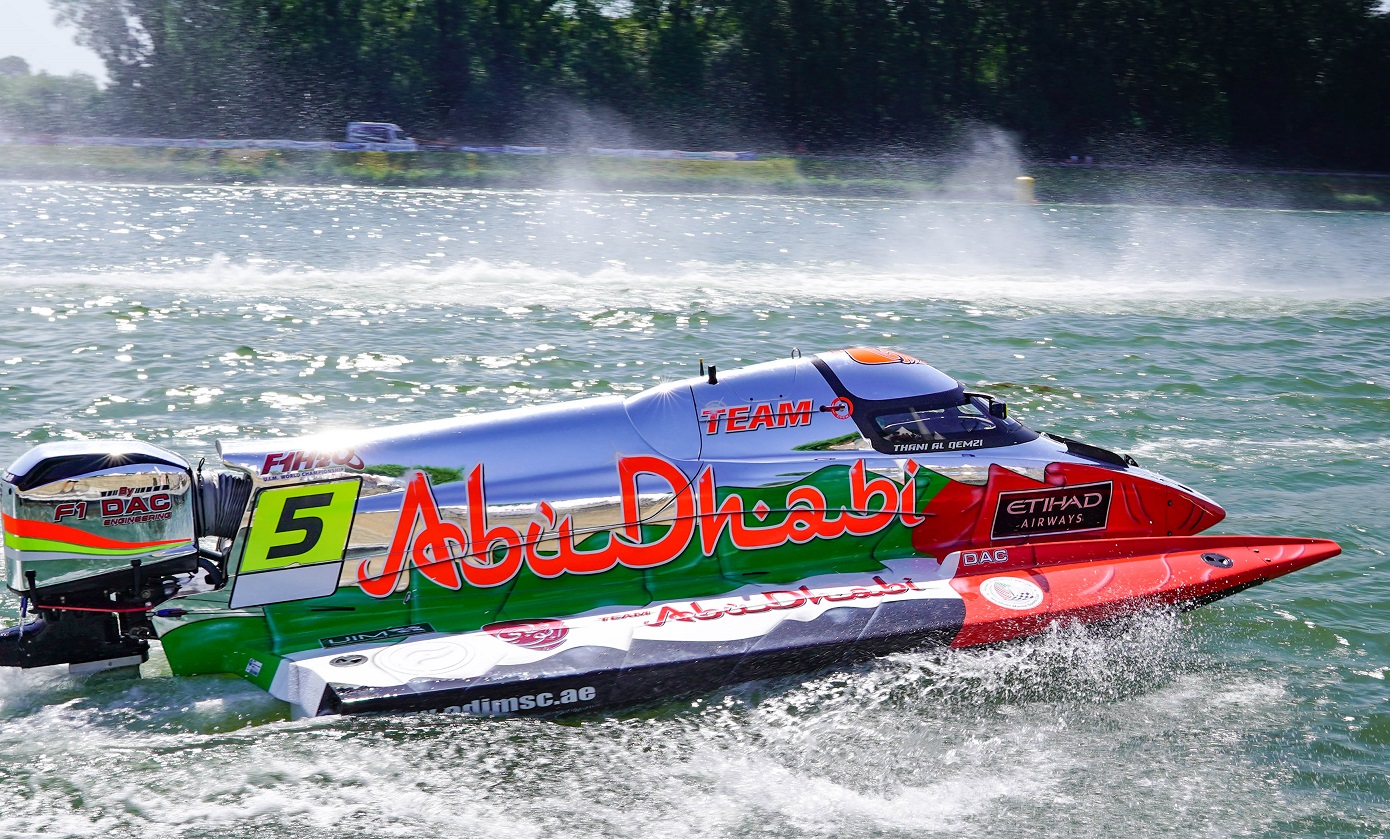 This gift came after the team champions were crowned first and second places in the round in which the curtain came down on the main race on Sunday evening in the French city of Macon.

Sheikh Mohammed bin Sultan bin Khalifa Al Nahyan stressed that the achievements of the UAE teams in international marine sports are continuing, in light of the strong support and the blessed renaissance of sports in the Emirates, and the motivation and support they witness for the champions to always solve in the first places, and the dissatisfaction with only the number one in all participations and competitions. Navy.

Sheikh Mohammed bin Sultan bin Khalifa said: We had hoped that the joy would be complete with the Sharjah team achieving an advanced achievement in the competition as well, and the future is better for all our Emirati teams in the international maritime participation.

The race began with the lead of the “Sharjah 11 boat” led by Sami Sileo, and Shawn started from second place and Al Qemzi third, due to the speed results. With Al Qemzi on the lead until the sixtieth session and the end of the events and details of the race.

Salem Al Rumaithi, Head of the Abu Dhabi Team Mission, congratulated Sheikh Mohammed bin Sultan bin Khalifa Al Nahyan, President of the Emirates Marine Sports Federation and President of the Abu Dhabi Marine Sports Club, for achieving this achievement, praising the great support and permanent follow-up from the team and his continuous keenness to provide all the elements of success and excellence for the UAE team.

The race had started at 4:00 p.m. French time under the yellow flag system, as the race did not witness the usual launch of the boats due to the weather and wind factors that made the committee take this decision.

The Abu Dhabi team currently leads the overall standings of the championship with 20 points for the “Abu Dhabi 6” boat, led by Shawn, and takes second place Al Qemzi on the “Abu Dhabi 5” boat with 15 points, and third, Maureen of France, with 12 points.