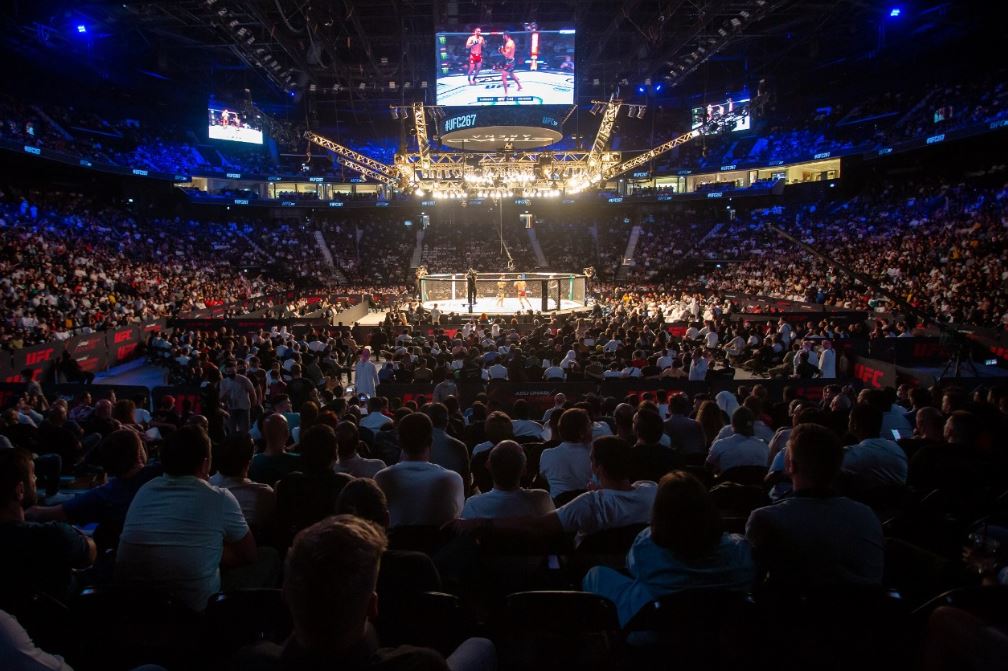 Abu Dhabi Challenge Week attracts attention during the month of October, as it provides a rich and varied package of sports and entertainment experiences for all. Saleh Al Jaziri, Director General of Tourism at the Department of Culture and Tourism – Abu Dhabi, confirmed that the Challenge Week will include a set of live concerts, mass events, fitness shows, open training sessions, in addition to promotions in many restaurants and hospitality facilities located in various locations in the capital from 17-23 October 2022, which culminates in the UFC 280: Oliver vs. Makhachev fights on October 22 at the Etihad Arena, the region’s largest indoor multi-purpose destination, located on the Yas Bay waterfront.

Al Jaziri stressed that the “UFC 280: Oliveira vs. Makhachev” fights are the sixth event hosted by the emirate at (Ittihad Arena) within the framework of the strategic partnership between the Department of Culture and Tourism – Abu Dhabi and UFC, the world’s leading institution in mixed martial arts. There will be decisive fights that will inflame the enthusiasm of the public, as Aljamin Sterling, ranked sixth in the world, defends the Bantamweight title when he faces TJ DeLachow. The crowd is also waiting for the main fight between Islam Makhachev and Charles Oliveira, the first seed and former lightweight title holder.

He said, “The department is continuing to strengthen its partnership with the UFC Foundation, paving the way for organizing more mixed martial arts tournaments in the Emirati capital, with the participation of the world’s brightest stars. Mixed martial arts is very popular in the Emirates and the Arab Gulf region, which is confirmed by tickets sold out. “UFC 280: Oliveira vs. Makhachev” a few hours after its release, which comes as an extension of the success of the “UFC 242: Habib vs Pourier” fights, which all sold out within a few hours after its release as well, and the same was repeated in the championship ” UFC: 257 Pourier vs. McGregor.” Jaziri spoke of more details related to the week of the challenge during the following interview:

* What is the role of Abu Dhabi Challenge Week in strengthening Abu Dhabi’s position as a global destination for sports tournaments?
– We focus on establishing strategic partnerships with the most prominent international bodies and institutions to host the most important sporting events, in order to meet the aspirations of the local community and visitors alike. The Abu Dhabi Challenge Week embodies the success of the existing cooperation between various government agencies in Abu Dhabi and global partners, to organize amazing sports experiences and tournaments throughout the year throughout the emirate. It also reflects Abu Dhabi’s leading position as a rich and diverse global destination full of inspiring cultural, sports, entertainment and tourism experiences.
The emirate hosts many of the largest international sporting events that attract visitors from all over the world, including the Mubadala World Tennis Championship, the UFC Championships, the Formula 1 Etihad Airways Abu Dhabi Grand Prix, the Indian Premier League, and the World Swimming Championships among others. .
Abu Dhabi is putting its distinctive mark on the map of global sports and entertainment events, with its organization of the Abu Dhabi Challenge Week and the “UFC 280: Oliveira vs. Makhachev” fights. In the last quarter of this year, it will host matches from the NBA and the Formula 1 race. Al-Ittihad Arena will receive the stars of “UFC” just two weeks after hosting the stars and legends of the NBA during the month of October, followed by several weeks of holding a prize race Etihad Airways Grand Formula 1 in Abu Dhabi during the month of November at Yas Marina Circuit.

* What is the importance of the Abu Dhabi Challenge Week in your tourism strategy?
Hosting sporting events, such as the Abu Dhabi Challenge Week, is a major focus of our strategy to share the best of Abu Dhabi with the world, and to continue the approach of sustainable tourism growth to cement the emirate’s position as a preferred destination on the global map.
Abu Dhabi attracts the brightest stars in sports, cinema, arts, culture and music, and has become a global capital for exceptional events and experiences. Abu Dhabi Challenge Week gives us a platform to highlight the modern infrastructure, resources and integrated expertise to host these events, as well as confirm its leadership as the ideal partner for international institutions and associations.

In conjunction with the steady growth in the number of our visitors from the Arab Gulf countries and our main markets in general, we seek to seize this opportunity to present our tourist destination to our visitors, and to allow them to explore our wonderful cultural, entertainment, tourism and natural experiences, along with authentic Arab hospitality and unique attractions.

We invite mixed martial arts fans from all over the world to enjoy these diverse experiences, from cruising on the world’s fastest roller coaster at Ferrari World Abu Dhabi on Yas Island, climbing the world’s highest sandy hills in the Liwa Desert, to relaxing in the warm sun on our sandy beaches and at our resorts Picturesque, culinary delights at Yas Bay waterfront restaurants.