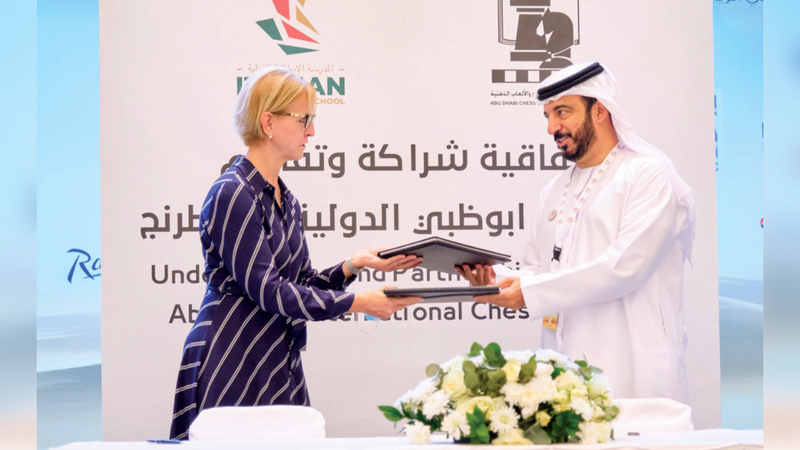 The Abu Dhabi Chess and Mind Games Club has signed a partnership agreement with the Italian International School to establish a branch of the Abu Dhabi International Chess Academy, affiliated to the club, at the Italian International School in Khalifa City. The agreement was signed on the sidelines of the Abu Dhabi International Chess Festival, which concluded yesterday, by Suhail Al-Awadi, Director of Development and Professionalism at the Abu Dhabi Chess and Mind Games Club, and Janet Desjardins, School Principal. At the level of the “Masters” tournament at the festival, the Indian player Arjun Arikiyasi returned to the lead alone with 6.5 points after defeating the Chinese Wang Hao in a strong match, to advance over his competitors, who numbered nine players, with six points each, and the last round decides the ranking of the top 10 places.