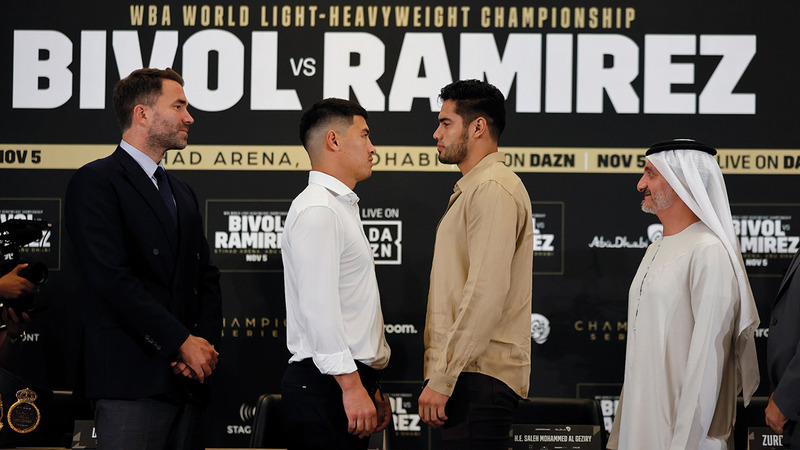 Abu Dhabi will host the upcoming World Boxing Light Heavyweight Championship between Russian Dmitry Bevol, crowned WBA champion, and Mexican Gilberto Ramirez, known as “Zordo”, on the fifth of next November at the “Ittihad Arena” on Yas Island, and the fight will be transferred Directly to the world via the “Dazn” sports platform.

This fight is considered the latest tournament hosted by the emirate, consolidating its position as a leading destination for organizing international sports and entertainment events in the region, including the Formula 1 Etihad Airways Abu Dhabi Grand Prix, mixed martial arts fights, NBA matches, and the Abu Dhabi Golf Championship, The Mubadala World Tennis Championship, the Indian Premier League, the Abu Dhabi International Cricket Championship, the Abu Dhabi World Triathlon Championship, in addition to e-sports challenges, to be joined by boxing through a new partnership between the Department of Culture and Tourism – Abu Dhabi and Match Room Boxing, the global promoter of boxing matches.

It is noteworthy that Bevol enjoys an unbeaten record after winning 20 fights, including 11 by knockout, and finally managed to preserve his title in the 175-pound weight category, after a difficult victory over Mexican boxer Saul Alvarez, nicknamed “Canillo”.

For his part, Ramirez has an unbeaten record, with 44 victories, including 30 by knockout, and is the former WBO super champion in the middleweight, and was able to resolve his five fights in the light heavyweight before the end of the fight since moving to this weight in 2019.