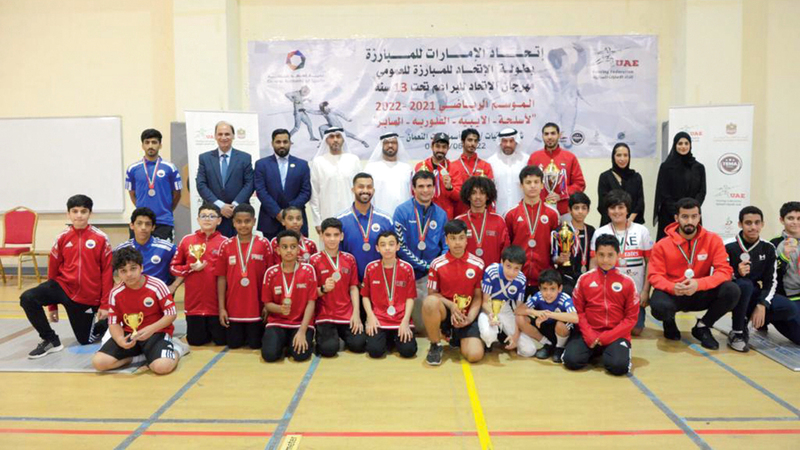 The players of the Abu Dhabi Fencing Club dominated the titles of the general competitions in the Federation Championship and the Bud and Talent Festival, while Abu Dhabi clubs and MKFA Academy shared the Buds titles.

The championship activities concluded, the day before yesterday, in the “Asmaa Bint Al-Numan” hall in Al Twar area in Dubai, to bring the curtain down on the local championships for the sports season of the Game Association.

The closing ceremony was attended by Sheikh Suhail bin Butti Al Maktoum, Executive Director of the Sports Development Sector at the General Sports Authority, Executive Director of the Emirates Committee for Elite and High Level Sports Safaa Taryam, member of the Board of Directors of the Fencing Federation, Mohammed Al-Mansoori, and officials of the participating clubs, in addition to a remarkable public presence to encourage champions and young talents. .

Sheikh Suhail Al Maktoum said: “Through these competitions, we look forward to providing the best support to the athletes and preparing them for the upcoming regional and international participations, in line with the directives of our wise leadership aimed at providing the best opportunities to achieve achievements in various sports.”