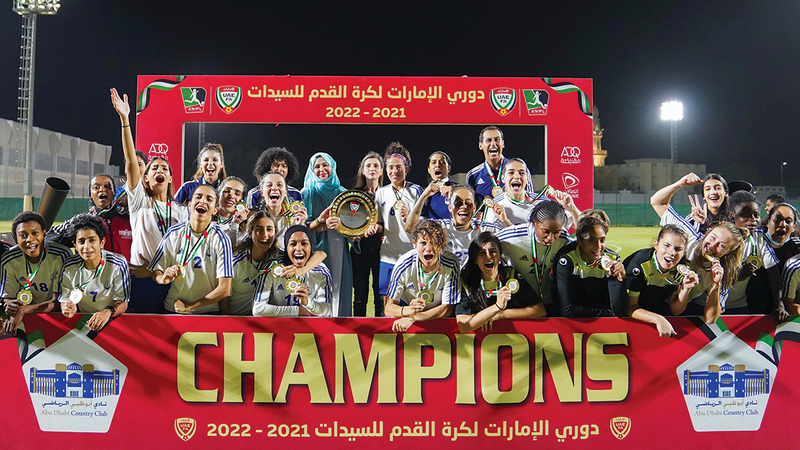 The Abu Dhabi Sports Club team was crowned champion of the Women’s Football League for the 2021-2022 sports season, after defeating the Onyx team with two goals against a goal, in the match that brought them together the day before yesterday, at Diab Awana Stadium in the headquarters of the Dubai Football Association, at the end of the matches of the last round of the postponed league From the first week of the competition.

The member of the Board of Directors of the Football Association and chairperson of the Women’s Football Committee, Amal Bushlakh, crowned the women of the Abu Dhabi team with the gold medals and the League Shield, while the silver medals were handed out to the women of the Al Ain “runner-up” team, while the third-placed Onyx team received the bronze medals, and attended the coronation ceremony, Member of the Women’s Football Committee, Ghalia Abdullah Al Mazmi.

The Chairperson of the Women’s Football Committee congratulated the Abu Dhabi Sports Club on the occasion of the coronation, and said: “Climbing the podiums and celebrating titles is not something new for the club, and we are happy with the development of the competition in the current season.”