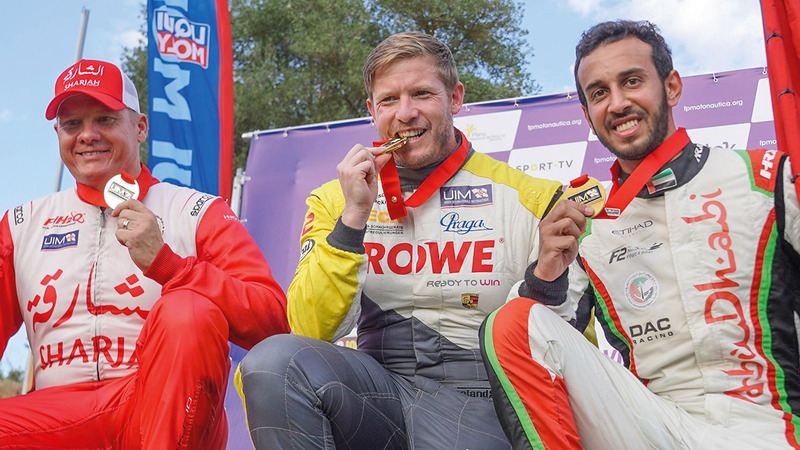 The Abu Dhabi Powerboat Team won the title of the 2022 World Championship for Formula 2 boats, following the fourth and final round of the championship, which came to an end yesterday, in the Portuguese city of Villavelha, after Mansour Al Mansouri arrived on the Abu Dhabi boat 36 to point No. 55 at the top of the championship standings after He came in second place in the main race of the tour, while the Sharjah boat led by Sami Sileo took second place, which reached a point 37, while the third place went to Stefan Hagen’s boat and reached a point 36.

Al-Mansoori topped the overall ranking of the championship since the second round after reaching the point 35, and continued in the third round in the lead by raising his score to the 40th point and maintained the lead and the overall ranking in the final round by reaching the 55th point. He was declared a world champion, but the result of the technical examination after the race came to cancel Stefan’s result due to his illegal violations in the engine of the boat, in order for Al Mansouri to win the world title in a well-deserved manner.