Abu Jabal refuses to revive the crisis with the Saudi victory.. He will not gloat over Ospina’s injury 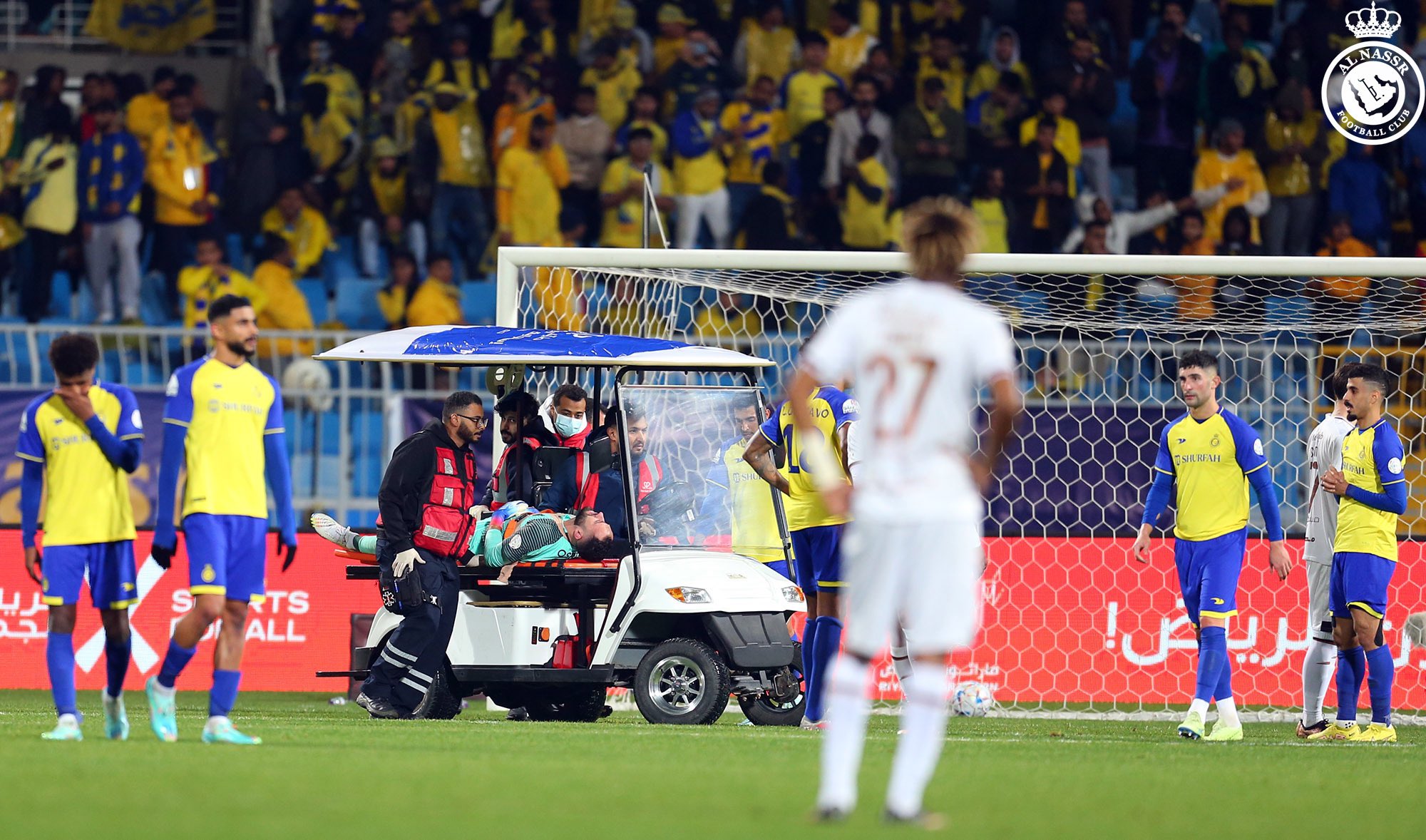 The goalkeeper of the Egyptian national team and the National Bank, Muhammad Abu Jabal, interacted with the injury suffered by the Saudi Al-Nasr goalkeeper, the Colombian David Ospina.

The Egyptian international refused to revive the crisis that took place between him and the Saudi victory, after Abu Jabal was scheduled to join Al-Alamy in the current season in a free transfer deal after the end of his contract with Zamalek, and Abu Jabal signed a contract with Al-Nasr before the Saudi club management backed down. The deal made the Egyptian goalkeeper complain about victory to FIFA.

Muhammad Abu Jabal wrote on his Twitter account: “I seek refuge in God from being one of the two moles. My wishes for a speedy recovery to victory goalkeeper David Ospina.

The Al-Nasr goalkeeper left the Al-Shabab match on Saturday in the Saudi League, moments before the end, and entered into a bout of crying due to the injury.