Abu Jabal, Zamalek goalkeeper, meets a strange request for a fan! .. look at the pictures 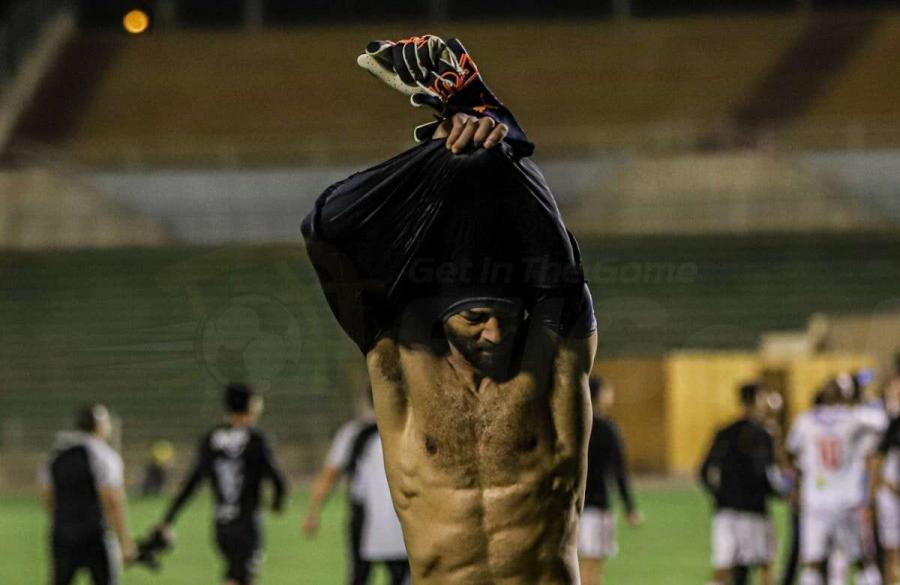 Mohamed Abu Gabal, the Egyptian goalkeeper, Zamalek, responded to the request of a fan for the white team during the Eastern Company match in the 17th round of the Egyptian Football League.

A fan raised a banner that read: “Myself in your T-shirt, Abu Jabal,” attached to a picture of the player.

After the end of the match, which ended in favor of Zamalek 2-1 over the Eastern Company, Muhammad Abu Jabal took off his shirt and presented it as a gift to the fan.

Zamalek succeeded in consolidating its position at the top of the Premier League standings on Sunday, by defeating the Eastern Company in the match that brought them together at the Arab Contractors Stadium.

Zamalek beat the Eastern Company with two goals to one in the match, bringing the difference between them and Al-Ahly, their closest competitor, 8 points in the standings.