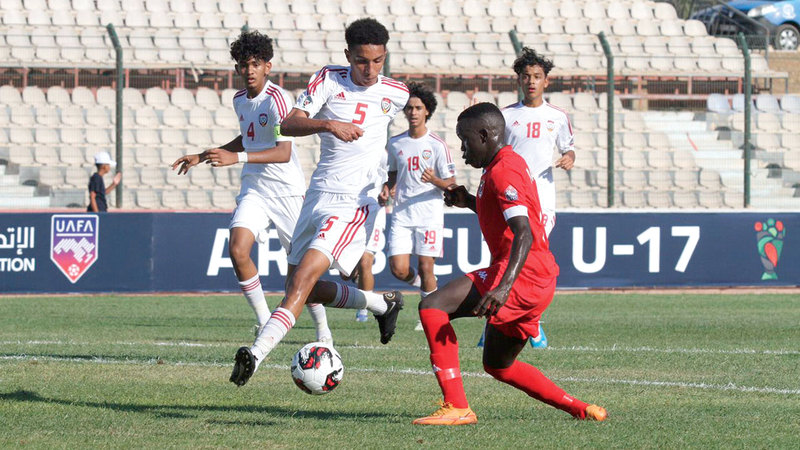 The UAE junior football team lost its first match in the Arab Cup, which is being hosted by Algeria. The loss came the day before yesterday, against the Sudanese team, with two clean goals, in the first group, and in another match within the same group, Algeria beat Palestine with a big score 5-0. The goals of the Sudanese national team were scored by Musab Mohamed and Musa Ali. The team will play its second match against Palestine on the 26th of this month, while it will conclude its campaign against Algeria on the 29th of the same month. The Sudanese team crowned its control of the first half by scoring the first goal against Al-Obeid, while the latter seemed absent from the match, despite some repeated attempts, and then Sudan strengthened its progress.

It is expected that the technical staff of the national team, led by the Spanish coach, Alberto Gonzalez, will seek to address the errors that accompanied the first match, in order to avoid repetition in the next meeting against Palestine, in order to avoid an early farewell.